The Actor in This Pic is a Kapoor. Can You Guess Which One? 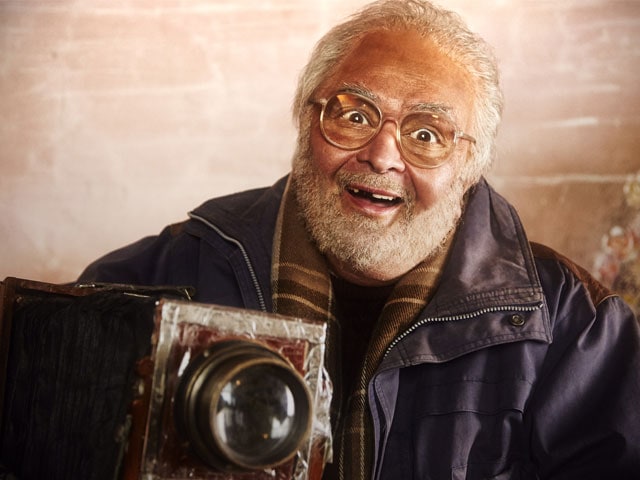 A still from Sanam Re

On Twitter, he describes himself as 'Son of a famous Father - Father of a famous Son. I am the hyphen!'

Who is the actor in the photograph? Hint: he describes himself on Twitter as 'Son of a famous Father - Father of a famous Son. I am the hyphen!'
If you guessed Rishi Kapoor, you would be absolutely right and we bet you only got it because of the hint. Because Mr Kapoor looks nothing like himself in these pictures from director Divya Khosla Kumar's film Sanam Re.
Mr Kapoor's character in the film is 80 plus:


This picture is from "Sanam Re" play an eighty year old man. Cool! pic.twitter.com/KvBW6N6GwE

The actor went through over 100 reference looks before finalizing this one, something that ought to gladden the heart of Aamir Khan who is also similarly meticulous and thorough when it comes to his characters' 'looks.'
Divya Khosla Kumar said, "Rishiji is essaying the role of an 85-year-old man (although Rishi Kapoor is happy staying 80 on Twitter) and this look has blown everyone away! The make-up took close to 4-5 hours and he never complained even once. What enhances the look further is the attention to detail and nuances worked upon by Rishiji such as the body language, the expressions, he even picked out the character's spectacles himself from a market and that highlights his passion as an actor and commitment to the role."
In his 42 years in the film industry, Mr Kapoor has appeared in many and varied films like his 1973 debut hit Bobby, Amar Akbar Anthony, Karz, Chandni, Bol Radha Bol as well as recent triumphs in Agneepath and Student of the Year.
Divya, all praises for Mr Kapoor's professionalism, said that he is a very dedicated actor. She said, "He would report on sets before time, even in the freezing temperatures of Shimla where Sanam Re has been shot. He is extremely passionate about his craft and this is evident in his look for Sanam Re which has been researched extensively by both of us."
Sanam Re is set to release in 2016.