The Cricketer in Dishoom is Like Virat Kohli. But He's Not Virat Kohli 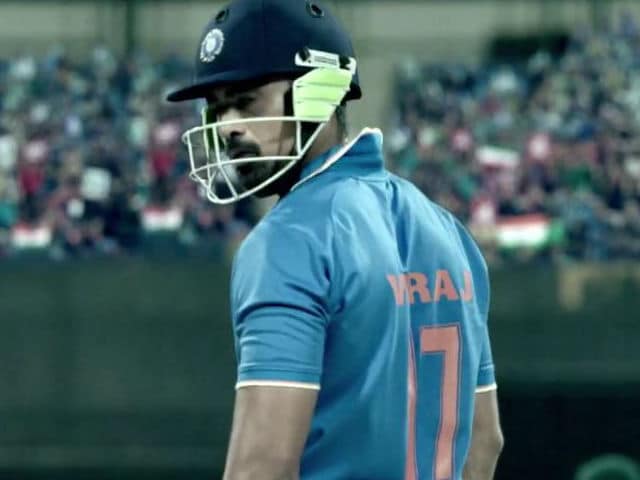 A still from the film Dishoom.

Director Rohit Dhawan said that his upcoming film Dishoom does not have a character based on ace cricketer Virat Kohli.
The action-adventure comedy tells the story of how a prominent Indian cricketer is kidnapped 36 hours before the semi-final match between India and Pakistan. The character of the cricketer in the film is called Viraj Sharma.
"The cricketer in the film is India's top batsman, just like Virat Kohli. He is athletic looking, extremely attractive, just like Virat Kohli. He has the habit of winning matches which would otherwise be lost, just like Virat Kohli. But his name is Viraj Sharma and he is not Virat Kohli," Rohit told reporters.
Dishoom stars John Abraham, Varun Dhawan, Jacqueline Fernandez and Akshaye Khanna in lead roles. Varun said when he met Virat, he had told the cricketer about the film and he was "cool" with it. "When I met Virat, because we both support the same team in football, I told him about it. He knows we are making something on these lines. He is quite cool about it," said Varun.
Rohit, who is Varun's elder brother, said it is a fictional subject whose script was written way back. "But he is not based on Virat. It is a completely fictional script. It was written years ago. He is the top cricketer in our country right now so you can let your imaginations fly and think whoever you want him to be," Rohit, who previously directed Desi Boyz said.
Dishoom releases on July 29. Varun also said that the film is not against Pakistan and does not show the country in poor light. "I would like to clear this. There is no negative reference against Pakistan or any community. It is a very positive representation. In fact, what we are trying to show is that for certain people, money is the religion," he said.
"It's not being an Indian, Pakistani, Hindu, Muslim or Christian. Money is sometimes the biggest motive behind things," the Badlapur actor said.