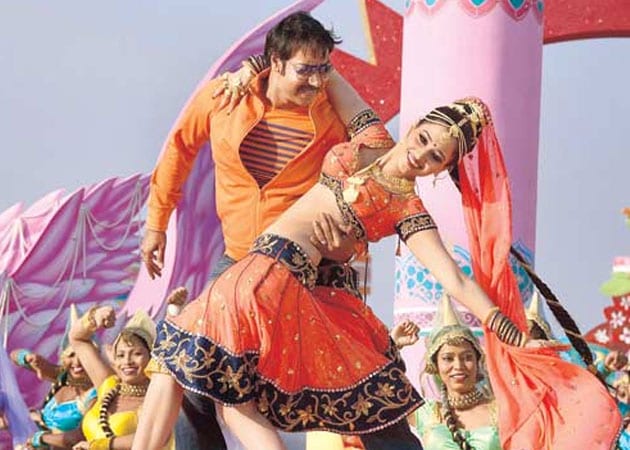 Films like Himmatwala, which stars Ajay Devgn and Southern siren Tamannaah, didn?t do well at the box-office.

While the Bollywood industry has seen around 30 films releasing in the first three months of the year 2013, the trade analysts feel it has been a rather lean period for the filmmakers.

While the Bollywood industry has seen around 30 films releasing in the first three months of the year 2013, the trade analysts feel it has been a rather lean period for the filmmakers.
Some big banner films including Sajid Khan's Himmatwala released this year but only Saif Ali Khan starrer Race 2 did well at the box-office.
Sources from the trade analysts feel that last year saw some pretty impressive figures at the box-office. But this year, while genres ranging from action-adventure to horror have already been covered, the Bollywood report card is far from good.
Distributor Rajesh Thadani says "There were really high expectations from the first quarter. Though we did have films like Race 2, ABCD - AnyBody Can Dance, Kai Po Che!, Jolly LLB to name a few which did make some money, distributors who paid big bucks for other films will lose money."
Thadani also cites the example of Akshay Kumar's Special 26, which was acquired at a very high cost, but was not a blockbuster hit. "I expected Aatma to do well but didn't have big expectations from Inkaar or I, Me Aur Main. Apart from Himmatwala, Matru Ki Bijlee Ka Mandola was also a big disaster."
While mentioning last year's hits including Agneepath, Kahaani and Paan Singh Tomar, exhibitor Akshaye Rathi says this year till date only Race 2 has managed to rake in Rs 100 crore.
"Special 26 and ABCD - AnyBody Can Dance that released on the same day did fairly well because of the strong content and the music respectively. Murder 3, Kai Po Che!, Saheb Biwi Aur Gangster Returns and Jolly LLB were sleeper hits, which marched slowly but steadily to good numbers. Though what the quarter lacked is a serious money-spinner!" he adds.