The History of India at Cannes 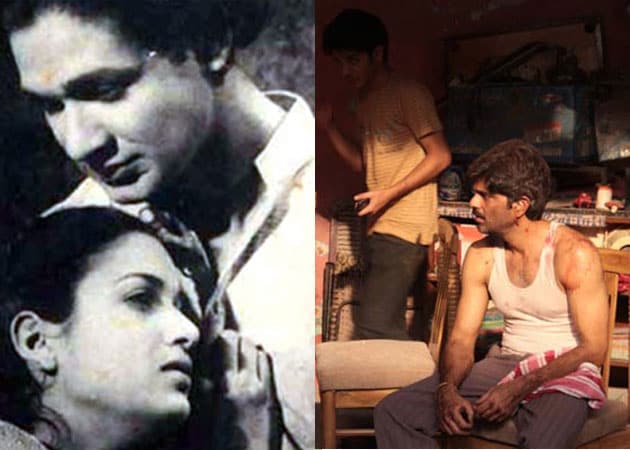 Everybody comes to Cannes, it is said. It couldn't be truer in the month of May every year when the cinema of the world, its makers and its stars, descend on the French Riviera to attend the Festival de Cannes.

Everybody comes to Cannes, it is said. It couldn't be truer in the month of May every year when the cinema of the world, its makers and its stars, descend on the French Riviera to attend the Festival de Cannes.
In the great cultural melting pot that is the Cannes Film Festival, India has played no small part over the years.
In 1946, the year that the festival resumed after a six year break during World War II, Chetan Anand's acclaimed Neecha Nagar shared the top award - Grand Prix du Festival International du Film - with David Lean's Brief Encounters. Neecha Nagar, starring Kamini Kaushal and Zohra Sehgal, was the first Indian film to make it to the global spotlight. The Grand Prix award has now been rechristened Palme d'Or.
V Shantaram's Amar Bhoopali, a period piece biopic of Marathi poet Honaji Bala, was nominated for the Grand Prize in 1952 and won the award for Best Sound Recording.
Bimal Roy's socio-economic tour de force Do Bigha Zamin, starring Balraj Sahni, won the Prix Internationale in 1954.
In 1955, Bimal Roy's Biraj Bahu was screened in competition as was the Raj Kapoor-produced Boot Polish. Baby Naaz received a Special Distinction Award for her charismatic performance in Boot Polish.
Satyajit Ray won a Palme d'Or for Best Human Document in 1956 for Pather Panchali and Rajbans Khanna's documentary Gotoma The Buddha received a Jury Prize the next year.
The next few decades brought no awards but did see regular Indian appearances in competition at the festival - Satyajit Ray's Parash Pathar and Devi, Khwaja Ahmed Abbas' Pardesi, Bimal Roy's Sujata, Mujhe Jeene Do by Moni Bhattacharjee, M S Sathyu's Garam Hawa, Shyam Benegal's Nishant and Mrinal Sen's Ek Din Pratidin
In 1983, Mrinal Sen's Kharij won the Jury Prize. His film Khandahar competed in Un Certain Regard the next year. (Also read: Titli is Ranvir Shorey's Career Best: Dibakar Banerjee )
1988 was a grand year for India with Gautam Ghose's Antarjali Jatra being screened under Un Certain Regard and Mira Nair's Salaam Bombay! winning both the Camera d'Or and the Audience Prize.
The next year, Shaji N Karun's Piravi won a Special Mention for Camera d'Or and Satyajit Ray's Ganashatru was screened out of competition.
In 1991, a film from the North East made a rare appearance in Un Certain Regard - Manipuri director Aribam Syam Sharma's Ishanou. Two Indian films were screened in competition in 1994 - Shaji N Karun's Swaham and Sandeep Ray's Uttoran which showed under Un Certain Regard. Regional cinema continued to make international forays the next year with Oriya film Indradhanura Chhai competing for the Grand Prize.
Indian-origin director Deepa Mehta's Sam & Me, which was presented as a Canadian movie, won the Camera d'Or in 1991 while Asif Kapadia's short film The Sheep Thief received the Cinefondation Award in 1997. Goutam Ghose's Gudia was screened in the Un Certain Regard section in the same year.
In 1999, Shaji N Karun's Vanaprastham competed in Un Certain Regard while Murali Nair's Marana Simhasanam won the Camera d'Or.
Manish Jha's A Very Very Silent Film received the Jury Prize for Short Film in 2002, the same year that mainstream Bollywood made a splashy debut with an out of competition screening of Sanjay Leela Bhansali's Devdas, starring Shah Rukh Khan and Aishwarya Rai who was also a jury member.
Murali Nair's Arimpara showed up at Cannes in 2003 and Vikramaditya Motwane's Udaan in 2010.
In 2012, there were no less than three Indian films at Cannes. Ashim Ahluwalia's Miss Lovely competed in Un Certain Regard, Anurag Kashyap's two part Gangs Of Wasseypur was screened as part of Director's Fortnight and Vasan Bala's Peddlers made it to the Feature Film line up. Last year was a bumper year for India. The festival was inaugurated by Amitabh Bachchan who had a role in opening film The Great Gatsby. Vidya Balan and Nandita Das was on the jury. Anthology film Bombay Talkies was screened out of competition as was Amit Kumar's Monsoon Shootout. The Lunchbox was screened as part of International Critics' Week and Satyajit Ray's Charulata was part of the Cannes Classics line up.
This year, Kanu Behl's Titli will be showcased in Un Certain Regard. (Also read: Titli Stems From Personal Experiences: Kanu Behl )