The Inside of Amitabh Bachchan's Office Looks Like This 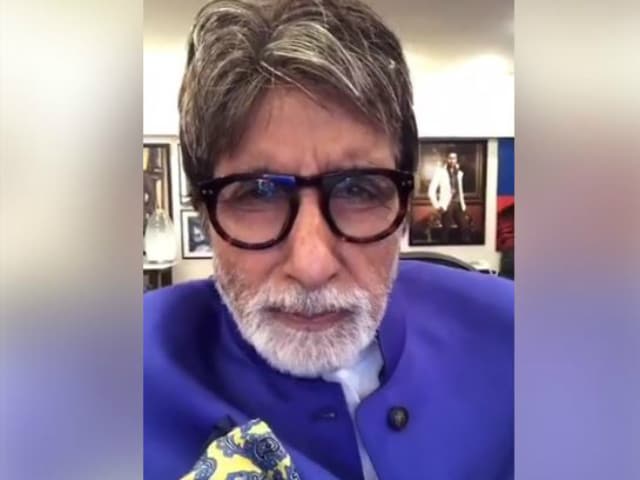 Amitabh Bachchan, who at 74 is more social media savvy than a lot of folks half his age (we're looking at you, Ranbir Kapoor), is new to the joys of live-streaming on Facebook. He went live on his official page twice on Thursday afternoon, the second time giving us an abbreviated glimpse of his office - specifically, the conference room in his office. The all-too brief video stops mid-sentence - we're guessing there was to be much more - but even this tiny experience of being up close and personal with India's uber-celebrity has sent social media into a meltdown. The few seconds of access that we were allowed revealed a space with leather sofas and paintings of the actor and his son Abhishek on the walls.
Here's Mr Bachchan's second attempt at Facebook Live, which received 2.88 lakh likes and 1.6 thousand shares. The comments section on both videos just exploded.

The first time round, Mr Bachchan actually mentioned a lot of those commenting by name and responded to their questions. The video had 2.63 lakh views and 10 thousand shares.

More please, Mr Bachchan. And soonest.
Amitabh Bachchan is one of the most followed Indians on social media. He has a Facebook community of 24.8 million and 23.7 million followers on Twitter. He is also one of Bollywood's busiest actors. This year, he appeared in the films Wazir, Te3n and Pink. He also had a cameo role in Ki And Ka.
Amitabh Bachchan, who shot to fame in the Seventies as the Angry Young Man in films like Zanjeer, Deewar and Sholay, is currently filming the Ram Gopal Varma-directed Sarkar 3 with Manoj Bajpayee and Jackie Shroff.