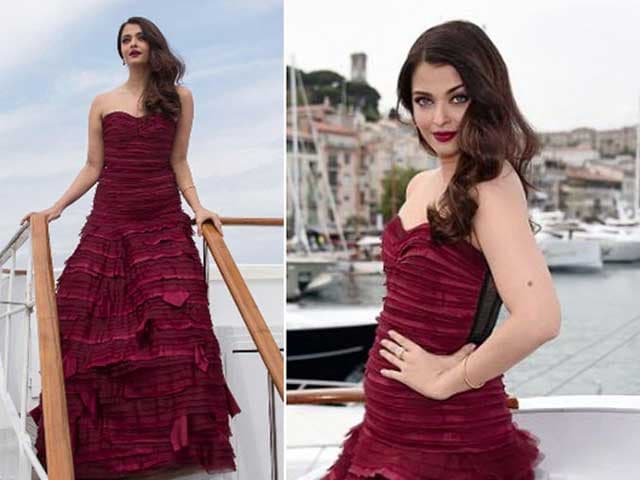 Ash showcased Jazbaa in Cannes on May 19. This image was posted on Twitter by @ElviraRK_PC

In Jazbaa, Ash plays a mother whose child is kidnapped

After a five-year hiatus to embrace motherhood, Bollywood actress Aishwarya Rai Bachchan marked her return to the big screen by taking on one of her most demanding roles - playing a mother whose child is kidnapped in thriller Jazbaa.
A former Miss World and one of the most successful actresses in Bollywood, Ash said the film stretched her as an actress, with each day posing new challenges to overcome.
"Every day when I come to work I kept saying, how am I supposed to wrap my head around the situation like this, on any human level?" the actress told Reuters at the Cannes Film Festival on Tuesday where Jazbaa made its debut.
"That to me just seemed tough, demanding, grueling, challenging and, thereby, so interesting," she added.
The actress, 41, was named Miss World in 1994 and often features on 'most beautiful' lists and is one half of a Bollywood supercouple with actor husband Abhishek Bachchan, son of Bollywood star Amitabh Bachchan.
Her prolific Bollywood career includes hits such as Hum Dil De Chuke Sanam and Devdas, and she has also starred in Hollywood movies such as The Pink Panther 2.
Jazbaa directed by Sanjay Gupta, is the first acting project for Aishwarya Rai Bachchan after she welcomed her first child in 2011.
Sanjay Gupta said the actress tapped into a "very raw" performance that drove the film, in which a lawyer and single mother "has to do the impossible" to get her kidnapped daughter back. The film also co-stars Life of Pi actor Irrfan Khan.
At Cannes this year, the subject of women's role in cinema has been a hot topic. Ash herself co-chaired a U.N.-backed panel to discuss the issue on the sidelines of the festival, where she has previously served as a jury member.
She said Jazbaa was a strong female drama, but didn't want that to distract from the main content of the film.
"We don't want things being bracketed as female-centric - by doing that you are marginalizing the female protagonist, so don't label it, don't marginalize it, don't define it as being different," the actress said.
"Recognize it as being part of the broader cinematic experience. We all belong, all our subjects and stories too," she added.
© Thomson Reuters 2015