The Khans in America: Gauri and Suhana Take Los Angeles

Gauri Khan and daughter Suhana are now roaming the streets of Los Angeles, having a fine old time living the SoCal life 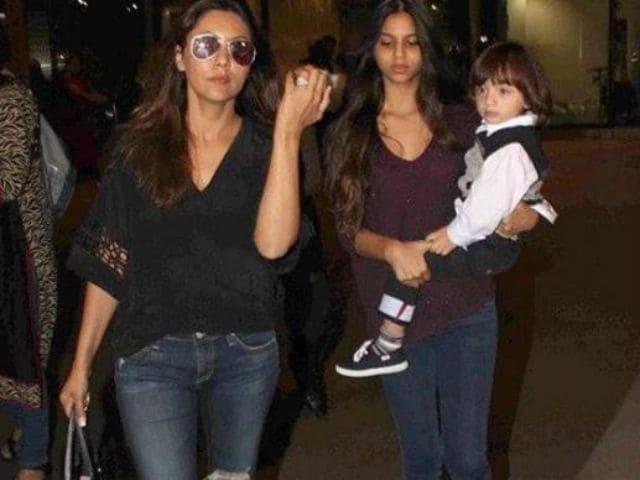 After the rather cold reception he received at Los Angeles airport, actor Shah Rukh Khan and family have settled into 100% enjoyment of their time in America. The Khans are reportedly in USA to see Aryan, eldest of SRK and Gauri's three children, safely into college at University of South California.
Aryan has been sent off and now Gauri Khan and daughter Suhana are roaming the streets of Los Angeles, having a fine old time living the SoCal life.

Last week, SRK, 50, was stopped for extra screening at LAX - it was the third time since 2009 that the actor has been detained at an US airport, the consequences of sharing his name with someone on the no-fly list.
The crowd at University of South California more than compensated for this unpleasant welcome, mobbing SRK when he went to visit.
The actor tweeted:


At USC so many lovely young boys and girls. So many hugs. So many selfies. Thanks for the 'crowded' welcome. Fight on kids and rule.