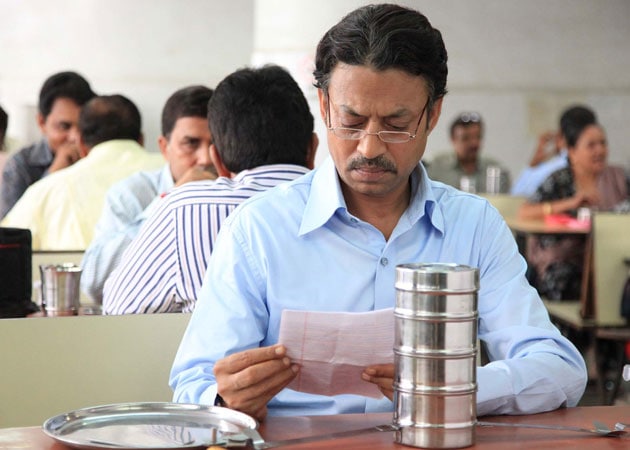 The Lunchbox has Irrfan Khan and Nimrat Kaur in lead roles.

Indian filmmaker Ritesh Batra's critically acclaimed film The Lunchbox beat out Hollywood movies, Oscar contenders, and all other foreign-language films to score the number one per-theatre average gross of any film in North America last weekend.

Indian filmmaker Ritesh Batra's critically acclaimed film The Lunchbox beat out Hollywood movies, Oscar contenders, and all other foreign-language films to score the number one per-theatre average gross of any film in North America last weekend.
After its success in New York and Los Angeles, the movie starring Irrfan Khan will release in additional American cities March 7, including Washington DC, San Francisco, and Chicago.
The Lunchbox has become the best-reviewed Indian film in the US in several years with top American film critics giving it rave reviews in the New York Times, Los Angeles Times and Wall Street Journal among others.
Ritesh Batra's "debut feature, is a romance that takes place in Mumbai, but its style is more Hollywood than Bollywood, and old Hollywood at that," said the New York Times.
Irrfan and Nimrat Kaur's performances "are graceful and dignified in the manner of movie stars in an earlier, less aggressive age, ennobling the ordinary lives they explore," it said.
And "Batra makes their story touching and credible, an urban fable of hope in the face of disappointment".
Describing The Lunchbox as "a delectable take on the hunger for connection", the Los Angeles Times said, "Ritesh Batra's lovely debut feature, mixes melancholy with sweetness in a case of mistaken delivery."
"One thing that makes Lunchbox so strong is that a touch of melancholy hangs over its sweetness," it said. "Finally this is a film about the wheel of life, about what helps us cope with its turns and find our way in its unforgiving labyrinth."
The Wall Street Journal saw the film as a "wonderfully fresh and affecting fable from India".
It calls marvellous Irrfan Khan as "one of the finest actors of our time" who "is the film's heart and soul". He is "blessed with a voice that can turn any of the languages he speaks into music".