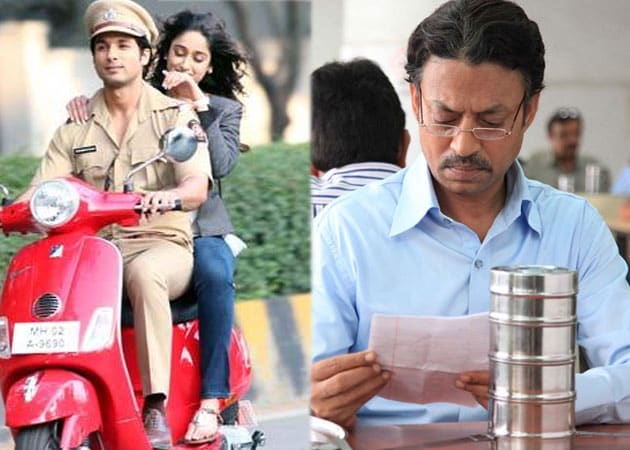 The box office will witness variations of romance this weekend when Rajkumar Santoshi's Phata Poster Nikhla Hero and Ritesh Batra's debut film The Lunchbox hit the screens on Friday.

The box office will witness variations of romance this weekend when Rajkumar Santoshi's Phata Poster Nikhla Hero and Ritesh Batra's debut film The Lunchbox hit the screens on Friday (September 20, 2013).
Made at Rs 40 crore, Phata Poster Nikhla Hero stars Shahid Kapoor and Ileana D'Cruz. Santoshi feels the film will bring the much-awaited success for Shahid, whose past releases failed to create a buzz at the box office.
"His previous films may not have worked, but he is a wonderful actor. He is very hard working. He has done a good job in the film. I think this will be Shahid's huge break. He will be successful with the film," Santoshi said.
The film has been produced by Ramesh Taurani and will mark Barfi heroine Ileana's entry into Bollywood's commercial masala zone.
Critically acclaimed, The Lunchbox seems to be another good option for the viewers.
Featuring Irrfan, Nawazuddin Siddiqui and Nimrat Kaur, the film is being promoted and released by Bollywood filmmaker Karan Johar.
It has already received huge success at international film festivals and even bagged the Critics Week Viewers Choice Award also known as Grand Rail d'Or at the 66th Cannes Film Festival.
The budget of the film has not been revealed. However, it has not been made on a high budget.
"I cannot reveal the budget of the film. All I can say is that it is a low-medium budget film. It is a small film," Vivek Rangachari of DAR Motion Pictures, one of the co-producers of the movie, told IANS.