When asked if she is receiving a tip or two on pregnancy and motherhood from people around her, she said, "My mother has not given me too many advices. Saif's reaction has been that I am eating a bit too much. This is what he keeps saying" 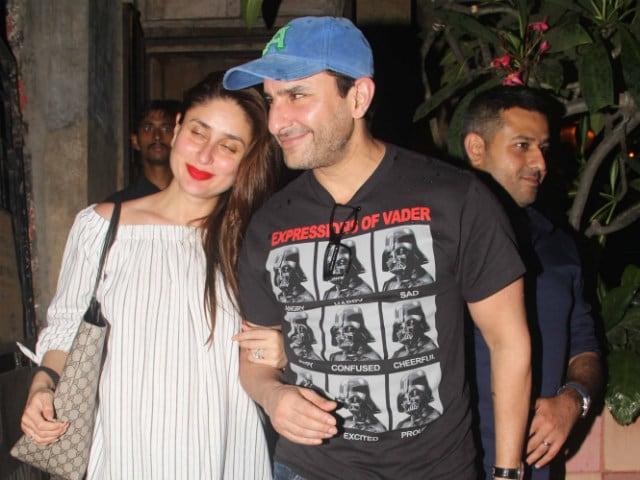 From doing off-beat roles in the inital years of her career to making small appearances in several films, and now working during her pregnancy, Kareena Kapoor Khan has always set her own rules. The actress said that she is in no mood to go for a sabbatical post motherhood.
Kareena and her actor husband Saif Ali Khan are expecting their first child in December.
When asked if she is receiving a tip or two on pregnancy and motherhood from people around her, she said, "My mother has not given me too many advices. Saif's reaction has been that I am eating a bit too much. This is what he keeps saying." The 35-year-old star recently walked as a show stopper at the Lakme Fashion Week Winter/Festive 2016 and is all geared up for shooting her next, Veere De Wedding.
"If you love your job things happen naturally. I think people give too much thought that an actress has got married and now she has a kid or kids. It's a natural thing but you do continue to do normal things," Kareena told PTI in an interview.
"As we are actors, we are badgered with questions. Even if I was not an actor and may be a chef or anything else I would still go ahead with my life in this phase (referring to pregnancy). I love acting so why should I stop working," said Kareena.
When asked if she plans to take a sabbatical, she said, "No..I don't see it."
In Veere Di Wedding, she will be working with Sonam Kapoor, Swara Bhaskar and Shikha Talsania.
"We are going to decide when are we going to shoot. It might be in couple of days in October then I will pick up the film post-delivery. I am definitely doing the film but we are going to work out when to shoot," she said.
"If I enjoy the film I will do it and if I don't like anything I will be blunt and tell about it. When offers come to me, I tell them (makers) openly (on doing it or not)," she said.
Beside her professional commitments, Kareena is often seen hanging out with husband and her close friends.
"There are physical changes that your body goes through. I am being normal, being the way I was earlier. I think being around happy and positive people is important. There are no midnight cravings so far," she said.


(Except for the headline, this story has not been edited by NDTV staff and is published from a syndicated feed.)