The Status of Don 3, as Explained by Priyanka Chopra

"I have been very busy. I have come home for a week and then I'll go back for Quantico season two," said Priyanka 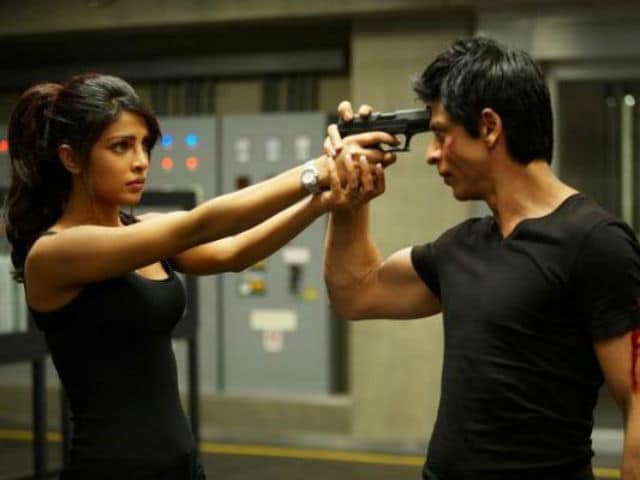 Actress Priyanka Chopra said that according to her knowledge, the third instalment of Don is not being made right now.
When Priyanka was asked by reporters at the airport as she returned from the IIFA awards in Spain if she was doing Don 3, she said: "The film is not being made now, according to what I know."
"I have been very busy. I have come home for a week and then I'll go back for Quantico season two," said Priyanka.
Director Farhan Akhtar, who made the first two parts of the film starring Shah Rukh Khan, had stated in March this year that he had finally decided on a 'thought' which he intends to develop into a script for Don 3. But in an interview recently, he had said that he had "shot himself in the foot" by announcing Don 3 after the end of Don 2.
Actress Jacqueline Fernandez, whose name had cropped up as the heroine of the film, had recently denied being in Don 3.
A report recently stated that Shah Rukh's three films, Priyanka's television show Quantico and Farhan's acting commitments were the reasons behind putting the film on hold.
Priyanka won the Best Supporting Actress at the IIFA awards for her role in Bajirao Mastani.
"I felt very good. I was a little surprised but when your work is acknowledged, you feel very good," said Priyanka.
Priyanka will soon be seen in the Hollywood film Baywatch.
(Except for the headline, this story has not been edited by NDTV staff and is published from a syndicated feed.)