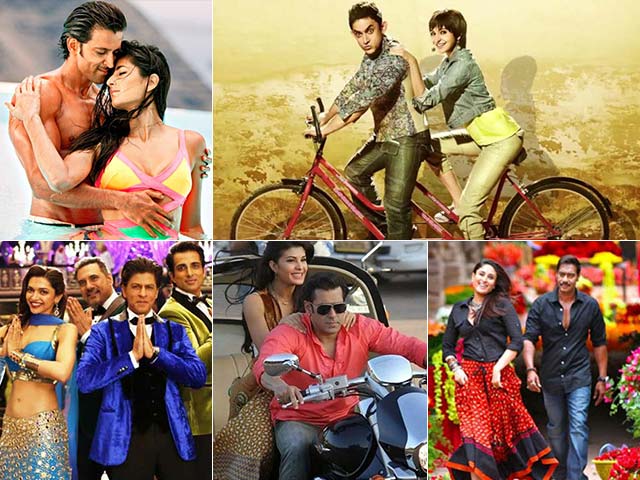 Cinematically, 2014 was packed with comedy, action and emotion

In a year of big films starring big names, the three Khans emerged tops, once again. Cinematically, 2014 was packed with comedy, action and emotion - from Shah Rukh Khan's Happy New Year to Salman Khan's Kick, Hrithik Roshan's Bang Bang to Shahid Kapoor's Haider. Last, but certainly not the least was he third Khan, Aamir, and his year-end offering PK. Here's a look at 2014's top hits.

Director Farah Khan's Happy New Year, starring Shah Rukh Khan, Deepika Padukone, Abhishek Bachchan, Boman Irani, Sonu Sood and Vivaan Shah, was the top grosser this year, minting over Rs 300 crores worldwide. The heist drama was filled with comedy, dance and music. Happy New Year set a new record for the highest opening weekend collection, making Rs 108.86 crores. Despite being hated by critics, it clinched the maximum number of trophies at the Stardust Awards ceremony held in Mumbai on December 14, including Film of the Year, Dream Director for Farah Khan, Star of The Year - Male and Best Actor - Thriller for Shah Rukh Khan and Star of The Year - Female for Deepika Padukone. 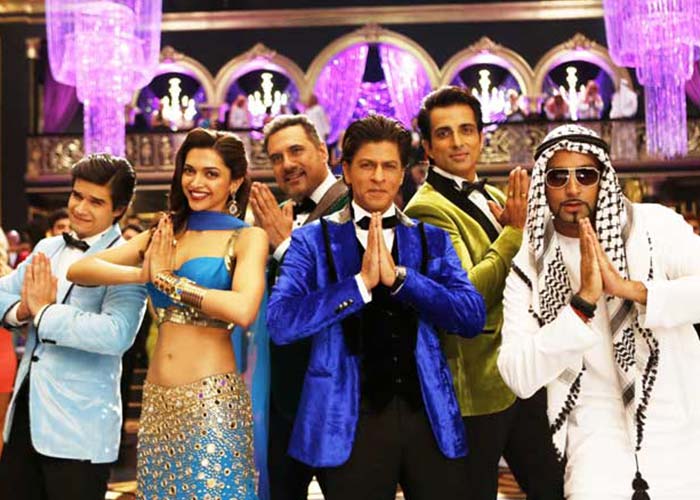 Superstar Salman Khan's Eid release Kick is now his biggest blockbuster. It made over Rs 100 crores within four days of its release. Salman's fans abroad were also taken care of as the movie released in 42 other countries including non-traditional markets like France, Germany, Morocco and Maldives. Salman was seen opposite Jacqueline Fernandez in Kick and their onscreen chemistry was much appreciated. Songs like Jumme ki Raat and Devil became massive hits. Kick also starred actors Randeep Hooda and Nawazuddin Siddiqui in pivotal roles. 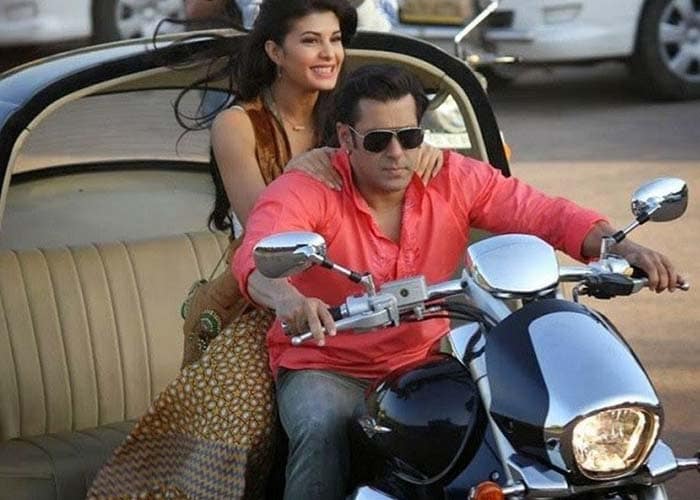 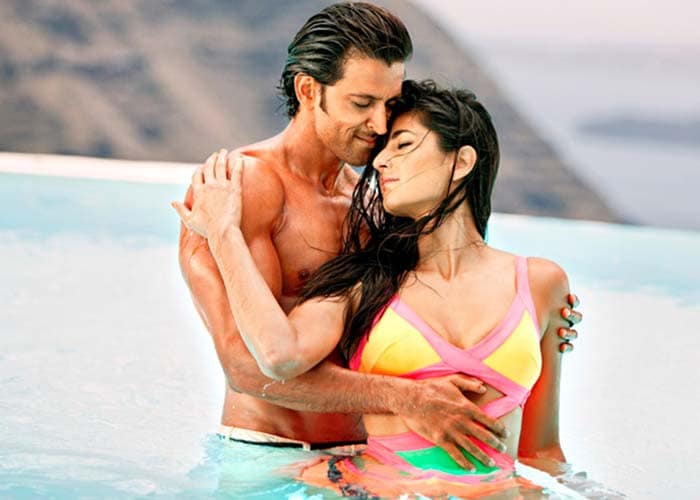 Ajay Devgn and Kareena Kapoor's Independence Day release was a story about an honest, dutiful officer. The hit team of filmmaker Rohit Shetty and actor Ajay Devgn delivered another blockbuster after the Golmaal series and the original Singham, hitting the jackpot with its sequel. Singham Returns earned over Rs 100 crore within four days of its release. The music was catchy and Honey Singh's song Aata Majhi Satakli became an instant hit. Such was the hype around the movie that Hollywood actor Sylvester Stallone wished Ajay Devgn luck ahead of its release. 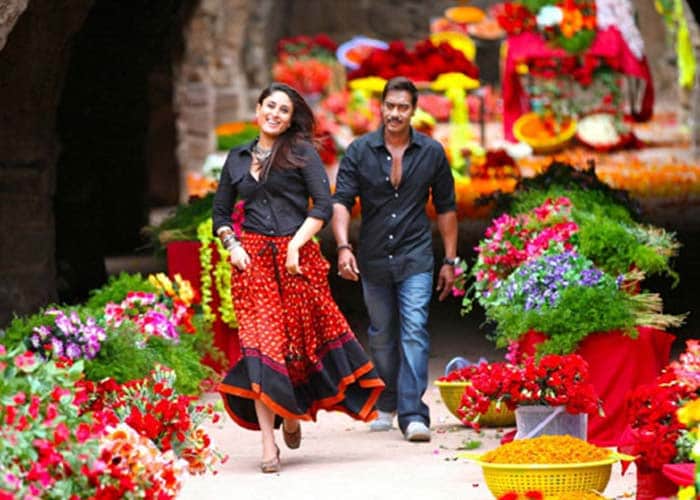 It was a year of fearless femmes. Kangana Ranaut ruled Bollywood after delivering a power-packed performance in Vikas Bahl's Queen, the story of a jilted bride who goes on her honeymoon alone only to rediscover her lost identity in the process. Queen received both commercial success and critical acclaim. The song London Thumakda from the movie ruled the music charts. 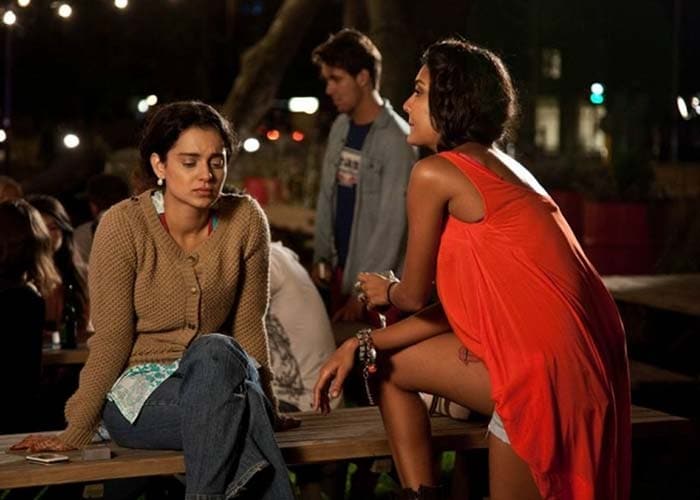 Actor Shahid Kapoor's revenge drama Haider, an adaptation of Shakespeare's tragedy Hamlet, struck both critical and commercial gold. It became the first Kashmir-based film in many years to click with the audience and has reportedly been declared the fifth highest-rated crime drama of all times. Shahid played the role of a young student in the insurgency-hit Kashmir of the mid-1990s. His intense and convincing performance won him the Stardust award for Best Actor in a Drama while actress Tabu, who played his adulterous mother, won the Stardust Award for Best Supporting Actress. Actress Priyanka Chopra's sports biopic based on boxing champ Mary Kom won her accolades. Priyanka convincingly played the role of a strong-willed young Manipuri woman who faced down all odds to pursue her passion and continued to box even after becoming a wife and a mother of two. Mary Kom released in 1,800 screens in the country and was a hit among the masses. Priyanka won the Stardust award for Best Actress - Drama, the first of what is expected to be a series of honours. 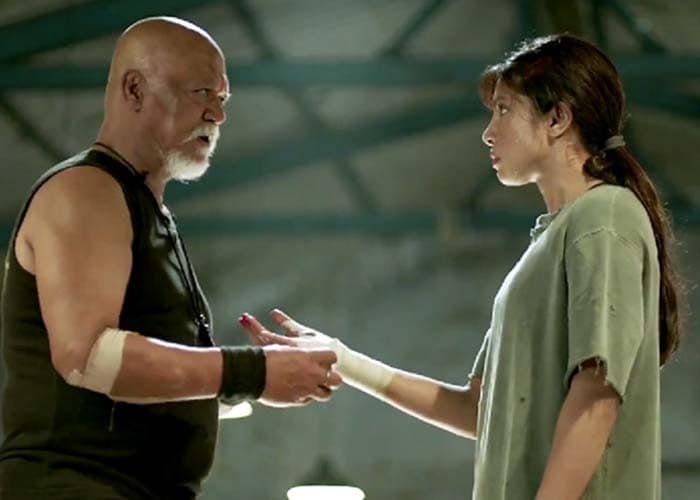 Sidharth Malhotra and Shraddha Kapoor, shining lights of Bollywood's newest generation of actors, charmed the audience with their heart-wrenching performances in Ek Villain. The thriller showed actor Riteish Deshmukh in a negative role for the first time. Ek Villain joined the much coveted Rs 100 crore club and its songs like Teri Galliyan, Humdard, Zaroorat and Awari were chartbusters. 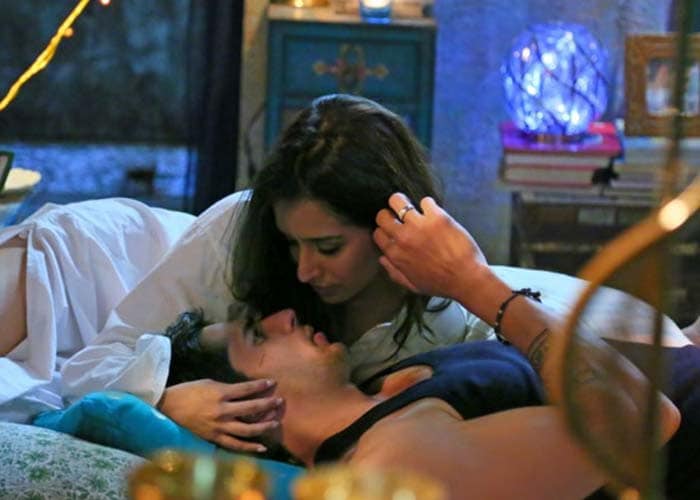 2 States, starring Alia Bhatt and Arjun Kapoor, told the story of how a couple from opposite ends of the country bridge the cultural divide, overcoming opposition from their respective sets of parents. The film beautifully captured the intricacies of both Tamil and Punjabi cultures with its fresh story and peppy songs. Said to have been made on a budget of approximately Rs 45 crores, 2 States released in over 2,000 screens in India and minted more than Rs 100 crore. 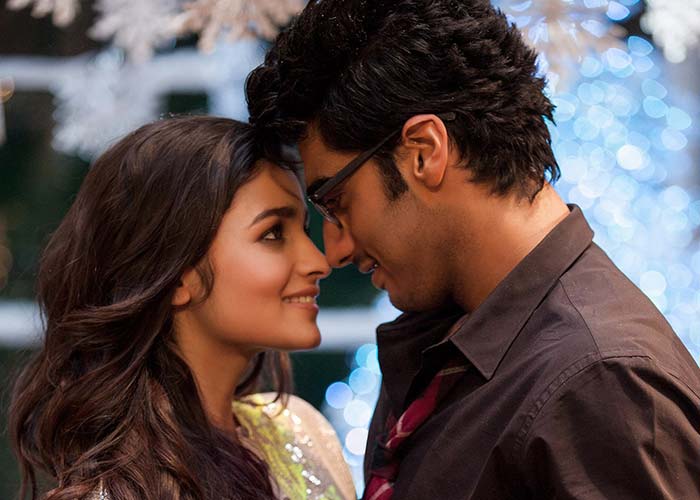 Aamir Khan's PK was this year's most awaited film and as expected, ended 2014 with the loudest bang possible. With a lot of curiosity generated by Aamir Khan's infamous transistor-clad poster, Rajkumar Hirani challenged social norms and superstitions related to god and godmen through the worldview of an innocent alien played by Aamir Khan. 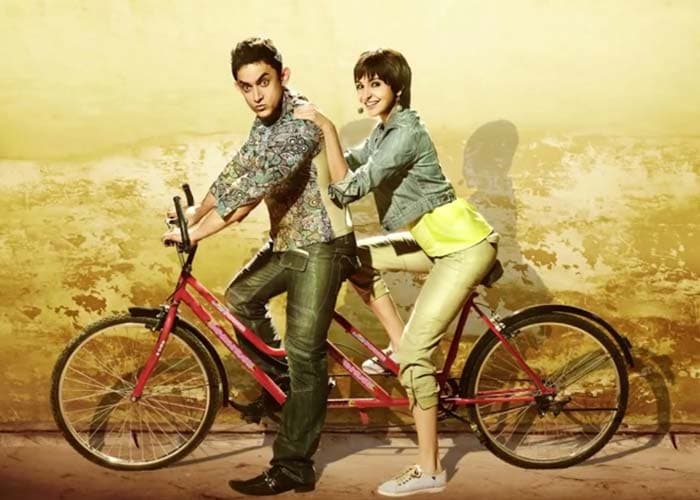