These Bollywood actors changed their names for luck 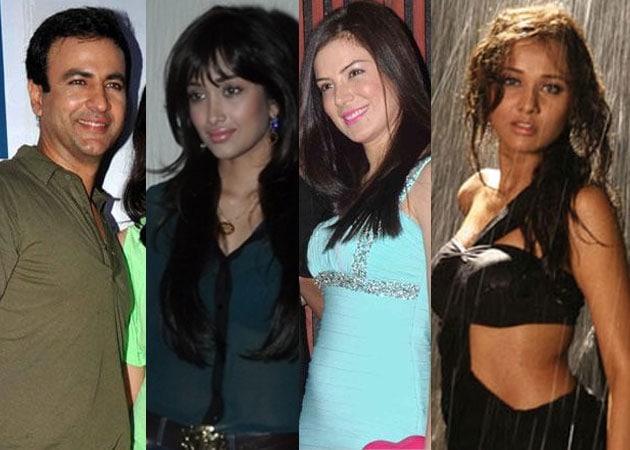 What?s in a name? For these Bollywood hopefuls, quite a lot.

What prompts actors to suddenly change their names or go back to their original names somewhere down their career? Lack of success for sure. Or perhaps to be astrologically correct to seek some divine intervention.

What prompts actors to suddenly change their names or go back to their original names somewhere down their career? Lack of success for sure. Or perhaps to be astrologically correct to seek some divine intervention. This lot certainly does not believe in what the Bard said, What's in a name? For them it means a make or break situation. In the recent release Ishqk in Paris, actor-model Gaurav Chanana made his B-Town outing as Rhehan Malliek. There have been several others too who have gone through a mid-career name change.
Rhehan Malliek
Actor-model Gaurav Chanana was rechristened Rhehan Malliek for the recent release Ishqk in Paris. The actor-model who made his film debut in 2004 with Woh Tera Naam Tha was seen in small screen shows like Sanjeevani and Yehi to Hai Woh.
After doing some forgettable roles in films like Kajra Re, Gaurav decided to take another shot in B-Town as the numerologically correct Rhehan Malliek.
Jiah Khan
Her real name is Nafisa Khan but when Ram Gopal Varma launched her in Nishabd in 2007, she rechristened herself as Jiah after Angelina Jolie's movie Gia. She felt it sounded sexier than Nafisa. After doing Ghajini and Housefull, the actress disappeared only to resurface with her original name Nafisa but we have yet to see her back on the big screen.
Urvashi Sharma
The model-turned-actress made her debut in Abbas-Mustan's Naqaab in 2008. She was rechristened Raina for her new role as producer of her hubby Sachiin J Joshi's project Mumbai Mirror. The decision to change her name she claimed was due to family tradition as her grandmother and mother had done it too. Though she had Bobby Deol and Akshaye Khanna as her co-stars in Naqaab, her career did not exactly take off in B-Town. She later went on to films like Baabarr, Khatta Meetha and Chakradhaar, which proved to be duds. But while everyone still refers to her as Urvashi, guess she will go back to Raina for her next B-Town outing as producer.
Tia Bajpai
Vikram Bhatt changed the name of Betiyaan TV show actress Twinkle Bajpai to Tia Bajpai when he launched her in his horror film Haunted in 2011. He felt Twinkle was a strange name. Vikram had said in an interview, "The persona gives the impression of lights going on and off." He had also mentioned how he wanted light in his life to wipe out the darkness. Another reason was that there was already a Twinkle in the industry -- Akshay Kumar's wife.
Mahaakshay Chakraborthy
Mithun Chakraborthy had named his son Mahaakshay when he was born. But as it was a tongue-twister, he called him Mimoh. A name he stuck to when he was launched in Bollywood but when Vikram Bhatt decided to relaunch him in Haunted (2011) he felt going back to his birth name would prove favourable for the youngster's relaunch.
Anita Hassanandani
She adopted the screen name of Natasha for her small screen outings as well as Bollywood when Ekta Kapoor launched her. She felt there were too many Anitas in the industry. But she went back to her real name as she felt that was the name her parents had given her -- so she needed to retain it.
Nisha Kothari
Ram Gopal Varma's discovery went back to her original name Priyanka Kothari after she no longer remained the maverick filmmaker's muse. He had given her the name of Nisha when he cast her in his production James in 2005.