They literally started beating me up: Pravesh Rana 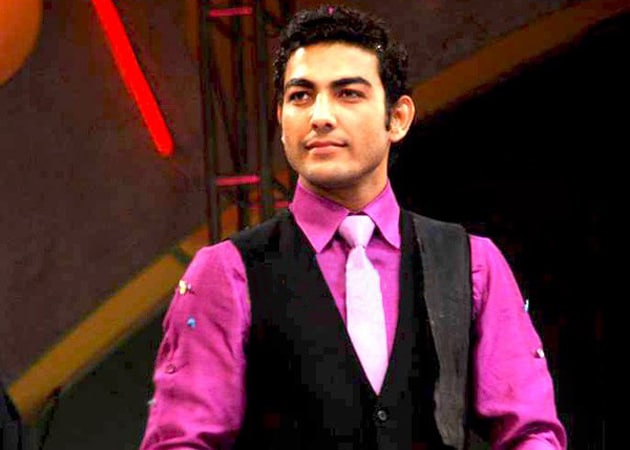 TV show host and actor Pravesh Rana, who made an impressive debut with Saheb Biwi Aur Gangster Returns, says he was literally beaten up by the public while shooting an action scene for the Tigmanshu Dhulia-directed film.

TV show host and actor Pravesh Rana, who made an impressive debut with Saheb Biwi Aur Gangster Returns, says he was literally beaten up by the public while shooting an action scene for the Tigmanshu Dhulia-directed film.
Narrating the incident, Pravesh said: "Once for a scene, we had to involve the public. It was a fight scene. Tigmanshu was dictating them the scenes that they had to pretend like they were fighting with me. When we started shooting, they literally started beating me up. I was shocked. And later we all laughed about it."
"I like action and thriller. It makes a film look more realistic and original. I watch action films, both Bollywood and Hollywood," said Pravesh who is currently busy hosting season 3 of Emotional Atyachar, a popular reality show that deals with issues of youngsters.
In real life, too, he is an action-lover.
"I am an outdoor and adventurous person. Whenever I go out of the country, I indulge in varied sports like water skiing and scuba diving. Even here I manage to take out time for camping, hiking and stuff," Pravesh told IANS.
Recently released Saheb Biwi Aur Gangster Returns saw Pravesh as a cop, and he delivered his role with conviction.
"I remember, three years back, I had sent my pictures and auditioned for the role. And then, I had got a call from the director's office asking if I am interested to play a cop? And I agreed.
"I am fond of his (Dhulia) movies. He is a great director to work with. He is intelligent and smart. While working with him, each day I learned something new."
Most of the scenes in Saheb Biwi Aur Gangster Returns were shot outdoors and shooting in scorching heat was not easy.
"We were shooting in Gujarat. It was very hot. It was above 50 degrees. Most of the shooting was done outdoors. It was a challenge in itself. We all were sweating like anything. And we all wanted to give the best shot in one go so that we could wind up early," said Pravesh.
The 29-year-old, who also appeared in Bigg Boss 3, has had enough of reality TV shows.
"I want to do films now. I haven't explored this genre. I do enjoy anchoring and TV, but now I want to focus on films" he said.
Pravesh said the TV industry has grown immensely and he is happy with the fact that the small screen actors are getting opportunities in movies.
"It's a great transition. The barrier is no more there. There's variety of entertainment for viewers," he said.