Amitabh Bachchan Has 19 Million Reasons to Smile on Twitter 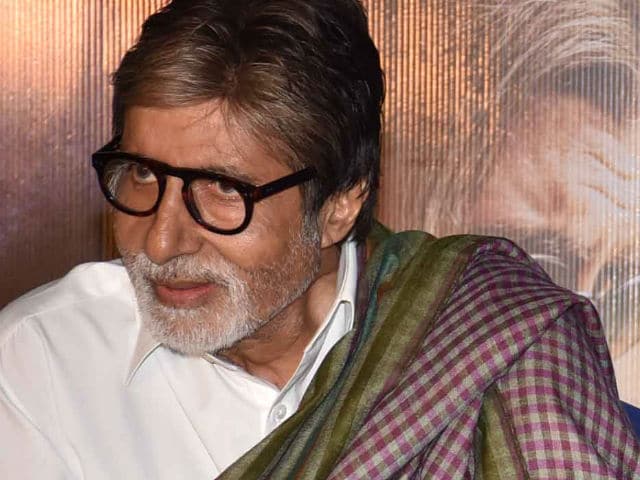 The actor, who has 47, 500 tweets to his credit so far, is followed by stars like Mukesh Bhatt, Sridevi, Dilip Kumar, Madhuri Dixit. He also shared his excitement on the microblogging site

Wazir actor Amitabh Bachchan has become the first Bollywood celebrity to have 19 million followers on popular micro-blogging site Twitter. The milestone coincided with 34 years of his film Satte Pe Satta.
Big B, who shared the news on Twitter, wrote:

Big B, 73, beat his contemporaries including Shah Rukh Khan (17.5 million), Aamir Khan (16,2 million), Salman Khan (15.8 million) and Priyanka Chopra (12.5 million) to achieve the new milestone.
An action-comedy, Satte Pe Satta was an adaptation of the 1954 Hollywood film Seven Brides for Seven Brothers. Besides starring Mr Bachchan in a prominent role, the Raj N Sippy-directed film also featured Hema Malini, Amjad Khan and Sachin.
Big B, who joined Twitter in 2010, constantly engages with his fans on the social networking site.
The actor, who has 47, 500 tweets to his credit so far, is followed by stars like Mukesh Bhatt, Sridevi, Dilip Kumar, Madhuri Dixit.