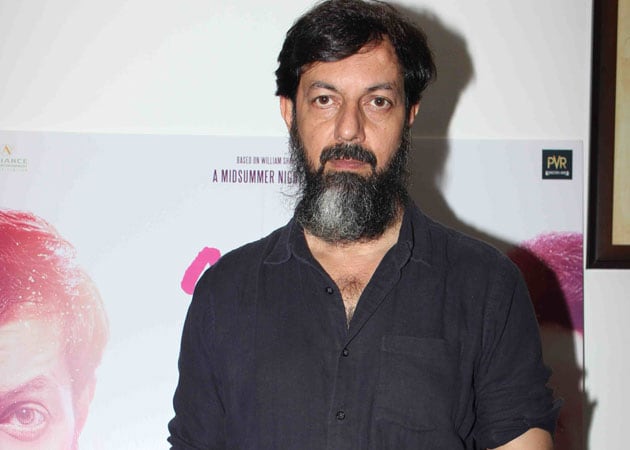 Rajat Kapoor has acted in over 30 films

Filmmaker-actor Rajat Kapoor acts in Hindi movies, directs in the same language, but says he doesn't watch them as good Hindi movies are few and far between.

Filmmaker-actor Rajat Kapoor acts in Hindi movies, directs in the same language, but says he doesn't watch them as good Hindi movies are few and far between.
The films directed by him include Mithya and Mixed Doubles. He has acted in over 30 films, both mainstream and non-commercial. His performance was appreciated in Phas Gaye Re Obama, Bheja Fry, Monsoon Wedding and Dil Chahta Hai among others.
"I don't watch Hindi films. 95 percent of the films being made are not sensible. And amongst the 5 percent, 0.5 percent are decent. I am not interested," Rajat Kapoor told IANS.
"For me, a film is about making a shot. I come out empty after watching these films. But everybody has the right to make their kind of films and it's fine," he added.
Talking about Indian cinema on the whole, he said Marathi movies were more interesting than Bengali.
"Indian cinema is a big term. Marathi films are very good and they (filmmakers) are making some good films. I saw Harsihchandrachi Factory and it was fabulous. In Hindi, I liked Gangs of Wasseypur.
"Bengali films have nothing to offer at the moment," he added.
Rajat is currently busy promoting Aankhon Dekhi, a quirky drama about a character named Raje Bauji, played by Sanjay Mishra.
Set in Old Delhi, the story talks about the eventful life of Raje Bauji, who lives with his family in a small house.