This is Sonam Kapoor's Next Film. Excited Much?

Veere Di Shaadi stars Kareena Kapoor, Swara Bhaskar and Shikha Talsania along with Sonam. The film is reportedly about the four characters' journey from Delhi to Europe. 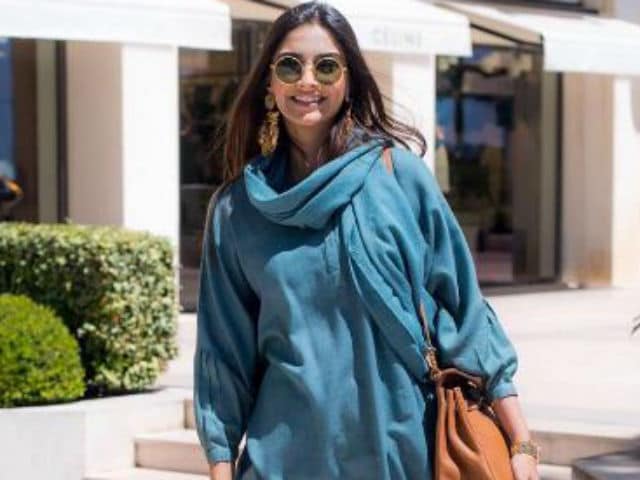 Actress Sonam Kapoor, who recently turned 31 and is basking in the glory of her last hit Neerja has finally announced her next project.
Neerja, which released in February this year was praised by critics and audiences alike. After four months of the biopic, the actress has finally put her stakes on Veere Di Wedding which will be co-produced by her sister Rhea Kapoor and Balaji head Ekta Kapoor.
Rhea announced the project on Instagram.


It's here! My next baby! @ekmainaurektu7 I'm so excited to collaborate with you! What a ride! Shashanka 'yoda' Ghosh to direct! #veerediwedding #vdw

Veere Di Wedding also stars Kareena Kapoor, Swara Bhaskar and Shikha Talsania. The film is about the four characters' journey from Delhi to Europe.
Sonam also shared Rhea's post and from the hashtags, we can say that the film is all about '#newage #feminism'.
The Shashanka Ghosh-directed film is expected to go on floors in July. It has been reportedly adapted from Hollywood 2005 drama The Sisterhood of the Travelling Pants .
The 31-year-old actress also shared excitement on working with Kareena, Swara and Shikha along with co-producer Rhea and Ekta and director Shashanka Ghosh in individual Insta posts:

No one understands the importance of sisterhood better than you! Bebo what an honour to share screen space with you! #friendslikefamily #iconic #kapoorgirlsforlife #begum #senior #veerediwedding

@rheakapoor I hope you and I keep doing epic shit together! You pulled off a groundbreaking casting coup #kapoorgirlsforlife #veerediwedding #notavanityproject #feminism

So kicked to be working with an amazing actress whose talent can't be contained! @shikhatalsania welcome to the family!! #veerediwedding is gonna be one awesome ride!

Guys this is such an amazing day! So happy to collaborate with you again shanks! Talking about modern young Indian women the right way is so important! #veerediwedding #doepicshit #dilliwalligurls