This Is When Amitabh Bachchan's Sarkar 3 Will Release In Theatres 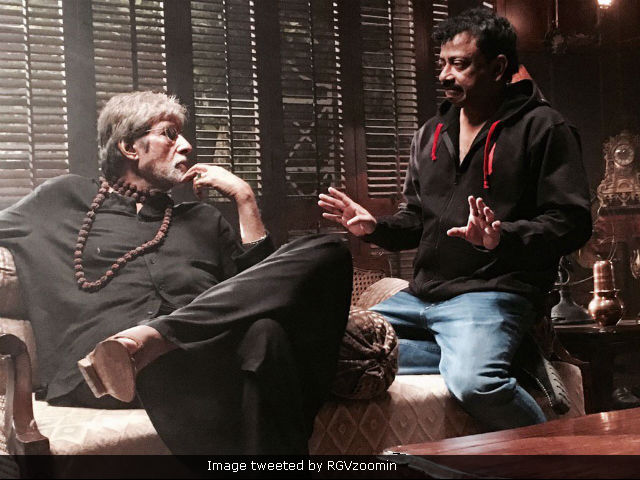 The release of Amitabh Bachchan's upcoming movie Sarkar 3 has been postponed. The film, directed by Ram Gopal Varma, will be now scheduled to release in theatres on April 7 instead of March 17. Ram Gopal Varma shared a picture on social media announcing that the film will be released on his birthday. Sarkaar 3 is the third installment in the Sarkar film series, the previous ones wereSarkar(2005) and Sarkar Raj(2008). The Amar Akbar Anthony actor will be seen reprising his role as Subhash Nagre in the film. The film also features Ronit Roy, Jackie Shroff, Manoj Bajpayee, Amit Sadh and Yami Gautam in the lead roles.
Check Ram Gopal Varma's tweet here:

Sarkar 3, is the Indian version of Godfather film series. Amitabh Bachchan portrays the role of Mumbai-based mafia king in the film. Sarkar 3 will have actor Amit Sadh playing Subhash Nagre's grandson and the Kaabil actress will play a character who wants to take revenge on Sarkar for killing her father, Vishnu Nagare, portrayed by Kay Kay Menon in the previous series. Bharat Dabholkar and Rohini Hattangadi will also feature in the film.
Ram Gopal Varma has proved his versatility with films such as - Rangeela, Satya and Company. His last Bollywood project was 2016 filmVeerappan, based on real life Indian bandit.
Amitabh Bachchan was last seen in Deepak Sehgal's courtroom drama film Pink. This year, the 74-year-old actor will also be seen in Anees Bazmee's forthcoming film Aankhen 2, which is scheduled to release on Diwali. Amitabh Bachchan is also committed to working on Yash Raj Films' next venture Thugs Of Hindostan along with Aamir Khan.