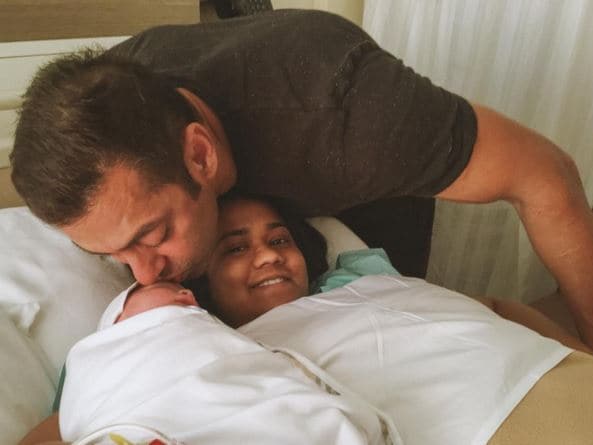 A new picture of actor Salman Khan with his sister Arpita's baby boy Ahil has been doing the rounds of social media. Arpita and her husband Aayush Sharma welcomed Ahil on March 30.
In this picture, Salman, 50, was all smiles as he posed for a picture with the baby:

On Saturday, Salman had tweeted another picture with the baby:


Salman Khan holding his newly born nephew Ahil. He looks so happy around children, wish he becomes daddy one day :).

On March 30, Aayush had shared a picture of Salman planting a kiss on his nephew's forehead while Arpita smiled at the camera:


Thank you all for the lovely wishes.

Arpita and Aayush married in 2014 and Ahil is their first child. (Also Read: Salman Khan Shares Pic With Sister Arpita's Baby Boy Ahil)
Salman, meanwhile, is busy filming Ali Abbas Zafar's Sultan, in which he plays the role of a Haryanvi wrestler. Sultan, which also stars Anushka Sharma, is scheduled to release on Eid this year.