This Was Amitabh Bachchan's Life, 40 Years Ago 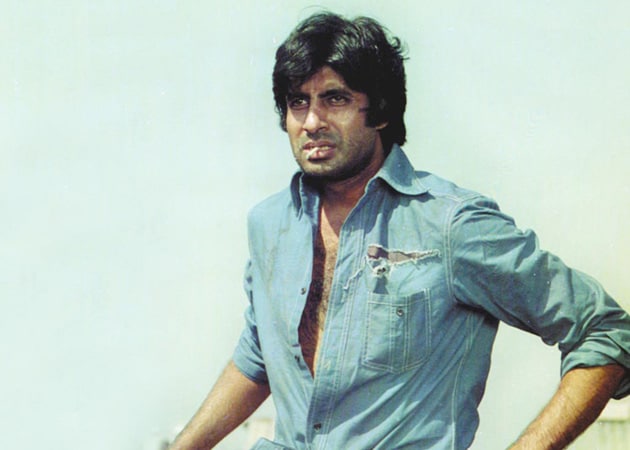 Forty years ago, 30-year-old Amitabh Bachchan was in the process of making history, and it wasn't easy

Forty years ago, 30-year-old Amitabh Bachchan was in the process of making history, and it wasn't easy. He was shooting both Sholay and Deewar, at the same time. (Also read: 12 fun facts about Deewar)

Big B would shoot Deewar all night in Mumbai and then take an early morning flight to the sets of Sholay, which was being filmed in a town called Ramanagara near Bangalore. Deewar director Yash Chopra and Sholay director Ramesh Sippy have credited Big B with always being on time to shoots, despite the grueling schedule. (Also Read: World Cup keeps Big B awake)

This is Amitabh Bachchan's description of a typical day in his life then, in a tweet from early this morning:

T 1514 - All night shoot in B'bay for Deewar till 6am, catch flight to B'lore for Sholay shoot in day, back by evening for Deewar at night !

Big B's memory was jogged by this:

T 1514 - Back from all night shoot, at Ballard surroundings .. reminded of Deewar climax shoot ..! What times !!

Ballard Pier was where the final scene of Deewar - in which a dying Big B crashes his car into the steps of a temple - was filmed. The shoot was disrupted by rain so the cast and crew drove to Bazaar for a dinner of street food, paid for by Big B.

Fun fact - there were no dialogues written for the death scene, it was entirely ad-libbed.