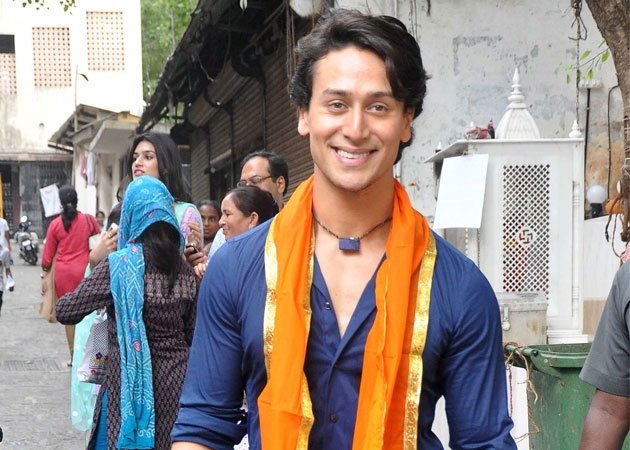 He has won hearts with Heropanti, which minted over Rs 21 crore in its opening weekend.

He has won hearts with Heropanti, which minted over Rs 21 crore in its opening weekend. And now, Tiger Shroff has dedicated the success of his debut film to his father and Bollywood star Jackie Shroff and mom Ayesha.
"I dedicate this success to my parents. My father is so overwhelmed. He has not been happy for so long and that's what my goal was to make my parents happy," said the 24-year-old whose agility in action scenes bowled over viewers. (Also read: Bharti's Heroine-panti With Tiger Shroff on TV show)
Directed by Sabbir Khan, Heropanti saw Tiger with another newcomer Kriti Sanon. And everyone is enjoying the film's success.
When it comes to choose between critical acclaim and box office numbers, Tiger says that the purpose of making a film is to provide full on entertainment to the movie buffs. So, box office is his priority right now. (Also read: Introducing Jackie Shroff's Daughter Krishna )
"I am leaning more on to the box office over being critically acclaimed because that's the true gauge on how your film is doing. At the end of the day, if more tickets are sold, if audience are coming to watch -- these things matters. Audience should enjoy the film and that's what we intended for Heropanti," he said.