"The song is a tribute to my father (Jackie Shroff). There is no better way I could have done it than as his Munna," said Tiger Shroff 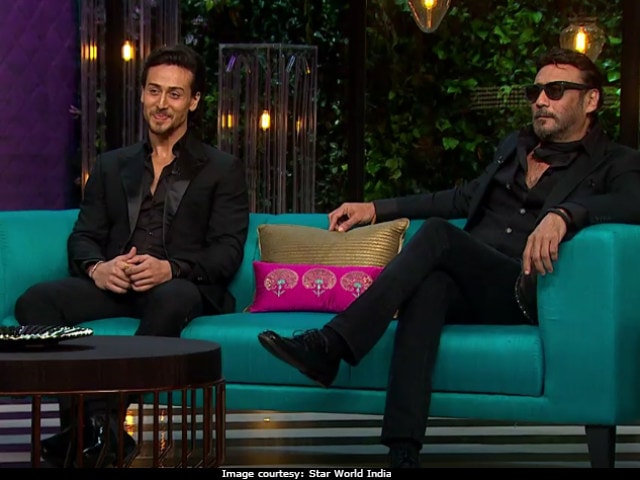 Actor Tiger Shroff has filmed a song for Sabbir Khan's directorial Munna Michael, and he says it's a tribute to his father and film industry veteran Jackie Shroff, reported news agency IANS. "The song is a tribute to my father (Jackie Shroff). There is no better way I could have done it than as his Munna. Dad is my buddy, my first hero... He's the reason I'm here. That's why for this character I'm trying to live his life", IANS quoted Tiger as saying. Titled Ding Dang, the song features Tiger and debutante Nidhhi Agerwal. It is choreographed by Ganesh Acharya. Tiger also shared a picture from the shooting and wrote: "This one is going to be special #munnamichael."

Tiger has been styled in a way that he resembles Jackie Shroff. "We styled Tiger in a manner similar to his father back in the day. The dance moves have also been designed keeping Jaggu dada in mind. Tiger somewhat looks like his dad from Hero. He has even spoken in that lukkha lingo and does it well," director Sabbir Khan told IANS.

Tiger's mother Ayesha Shroff further told IANS that her son and her husband Jackie share personality traits and features. "When I saw the 'Munna Michael' song that he shot for last week, I was stunned. He has paid homage to Jackie and how! Tiger totally reminds me of Jackie from Hero, particularly the stubble, hairdo, his eyes and the clothes. It's amazing how he's pulled it off," she said.
For Munna Michael, Tiger Shroff and Sabbir Khan have collaborated for the third time after Heropanti and Baaghi. The plot revolves around a young man called Munna (Tiger Shroff), who from a young age was a big fan of the star Michael Jackson. The film also stars Nawazuddin Siddiqui in pivotal roles Munna Michael releases on July 7.
(With IANS inputs)