Ram Gopal Varma had trolled Tiger Shroff on Twitter on his 27th birthday. The filmmaker advised the Baaghi actor to learn 'machoism' from his father, Jackie Shroff 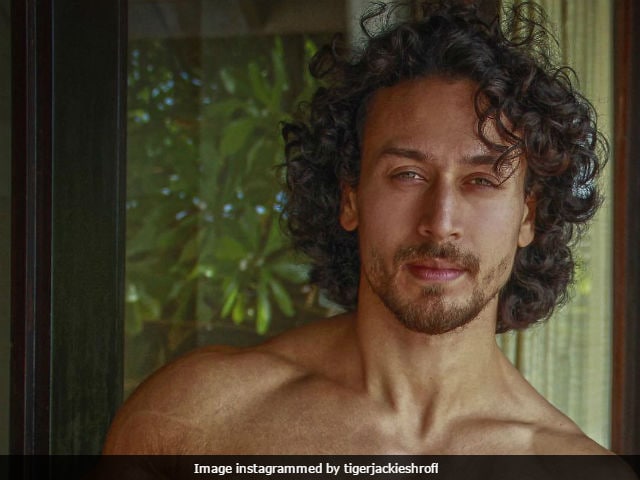 Tiger Shroff, who was trolled by filmmaker Ram Gopal Varma on his 27th birthday, finally responded to his offensive tweets. The Baaghi actor told news agency PTI that 54-year-old director is entitled to his opinion. The actor said: "I am not even half the man that my father is. He is the original hero. Even if I tried I can't be like him. But everyone has the freedom of speech. He is a senior director, so, there's not much I can say to him." Tiger Shroff, who made his Bollywood debut in 2014 with Heropanti, told PTI: "I try to be my own individual self and be different. I try to express my individuality as much as I can. Some might appreciate my artistic expression, some may not. To each his own."
Ram Gopal Varma had posted a picture of the actor on Twitter, captioned: "U are great at martial arts but if BRUCE LEE ever posed like a bikini babe like u he wouldn't hav bcm BRUCE LEE..Please think(sic)." The Satya director even advised Tiger Shroff to learn 'machoism' from his father.
Check out what Ram Gopal Varma had tweeted about Tiger Shroff:

@iTIGERSHROFF Please learn machoism from @bindasbhidu who even without martial arts poses more like a man and never like this pic.twitter.com/4NzLg3cjUZ

@iTIGERSHROFF u might have a six pack of muscle groups better than @bindasbhidu but his eyes and body language have far better many groups pic.twitter.com/aKZMV4YgOW

Hey @bindasbhidu all my tweets on @iTIGERSHROFF are purely as ur fan and not otherwise ..please tell this to @AyeshaShroff and him pic.twitter.com/9a53ogH4b9

Ram Gopal Varma has worked with Tiger's father, Jackie Shroff in Rangeela and is currently filming Sarkar 3 with the 60-year-old actor.
Sarkar 3, directed by Ram Gopal Varma, is the third installment of Sarkar film series. The film also features Amitabh Bachchan, Ronit Roy, Manoj Bajpayee, Amit Sadh and Yami Gautam.
Meanwhile, Tiger Shroff, who was last seen in the 2016 movie A Flying Jatt, will next be seen in Sabbir Khan's Munna Michael along with Sana Saeed and Nawazuddin Siddiqui.
(With PTI inputs)