Tiger Shroff wishes father on Twitter, says that despite turning a year older, his dad doesn't look a year older. 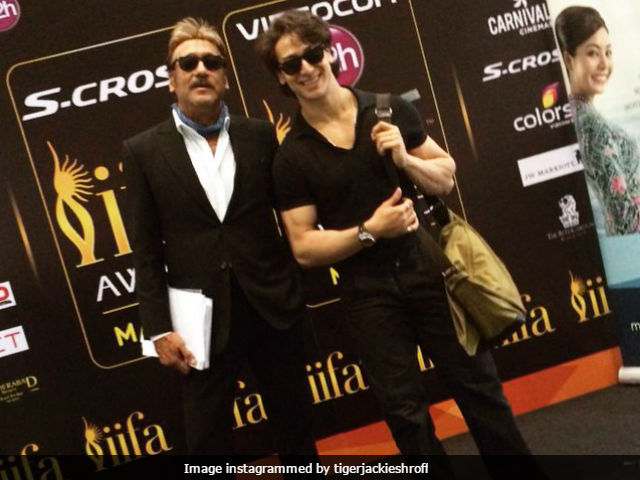 Actor Jackie Shroff, who celebrates his 60th birthday on February 1, received a warm birthday wish from his son Tiger Shroff. The 26-year-old actor shared a picture of his dad on Twitter dressed in all-black. The Bhaagi actor prayed for his father's long health and also stated that despite turning a year older, Jackie Shroff does not look 60. The father and son duo made their debut on the fifth season of Karan Johar's chat show Koffee with Karan which aired on January 29. Jackie and Tiger Shroff spoke about family, their careers and won hearts with their charming chemistry on the show.
Read the tweet here:

Tiger Shroff made his film debut in 2014 movie Heropanti, which won him a Filmfare Award for Best Male Debut nomination. The actor won several honorary degrees in martial arts for his excellently executed stunts in the film. In 2016, his film Baaghi with Shraddha Kapoor fared well at the box office but his superhero thriller A Flying Jatt with Jacqueline Fernandez tanked. Tiger Shroff has wooed the audiences with his martial arts and dancing skills. He has recently signed Student Of The Year, one of Karan Johar's film franchise. He is also shooting for Munna Michael, directed by Sabbir Khan. This is Sabbir and Tiger's third collaboration after Heropanti and Baaghi.
Bollywood celebrities like Anil Kapoor, Anupam Kher also wished Jackie Shroff on social media. The 60-year-old actor has been a part of the film fraternity for over four decades and is fondly referred as bhidu by his colleagues. Jackie Shroff is currently shooting for , which is directed by Ram Gopal Varma. The film will also star Amitabh Bachchan and is slated to be released on March 17.