Tillotama Shome: I Took a Risk With Nayantara's Necklace 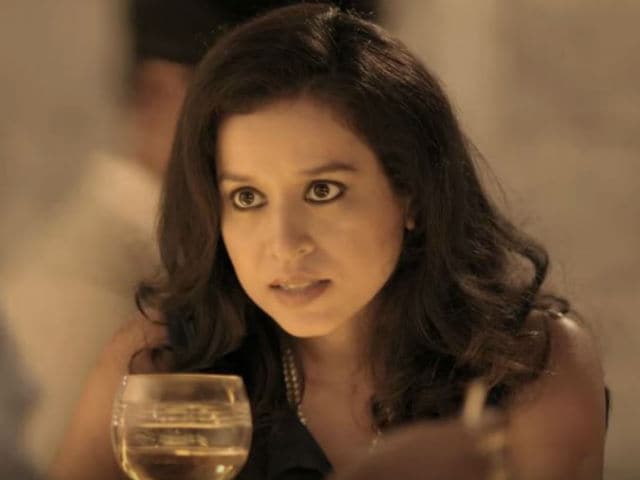 Tillotama Shome in a still from Nayantara's Necklace.

"I wanted to play something which is light-hearted because I always get intense characters. After a point of time, you really start questioning your versatility. First, the industry typecasts you and the second, you get limited because you don't push yourself to go into spaces which are unfamiliar"

Actress Tillotama Shome, known for her intense roles in films like Qissa and Children of War, said that her role in short film Nayantara's Necklace was a refreshing change because she got to play an "innocent and naive" Delhi woman.
Be it the delicate portrayal of a girl trying to be the best son to her father in Qissa or the rebel in partition drama Children of War, Tillotama's previous screen outings have pigeonholed her into an intense actress.
"I wanted to play something which is light-hearted because I always get intense characters. After a point of time, you really start questioning your versatility. First, the industry typecasts you and the second, you get limited because you don't push yourself to go into spaces which are unfamiliar," Tillotama told PTI.
"I chose to take this risk because I am working with my friends in Nayantara's Necklace. If you can't take risks when you are with your friends then where will you do it? So, for me that was a huge excitement," she added. (Also Read: Tillotama 'Got to Play' Light-Hearted Role in Nayantara's Necklace)
Her strong bond of friendship with co-star Konkona Sen Sharma helped her in the Jaydeep Sarkar-directed film, where they play roles which are aspirational for each other.
"Our friendship allowed us a comfort in exploring without a sense of hesitation and ego. We are not playing our own selves in the film. We play two characters which are very different from our real lives. For each of us the challenge was to find the tonality of our characters," Tillotama said.
In the 20-minute dramatic thriller, Tillotama plays the role of a sorted housewife, Alka. "I didn't want to play her in a way which is dumbing her down in any way. Alka may not have the high society air around her but she is not less intelligent. I didn't want her to be a cliched simple woman. There are so many layers in the character," she said.
The film showcases the empty spaces that exist behind the bustling lives of modern metropolises, which result in forming an accidental friendship between two completely opposite characters.
The script attracted Tillotama to come onboard the short, which revolves around a necklace which is also used as a metaphor for things which may not seem to be what they actually are.
"Nayantara's Necklace happened because Jaydeep is a very dear friend and he had come home one evening and discussed about this film. We got excited about it and thought to pursue it further. The script was really a strong one because you can be good friends but you can't be a part of something which you are not happy about. Konkona and I both believed in Jaydeep and in his story. With this short film he has really proved himself," Tillotama concluded.