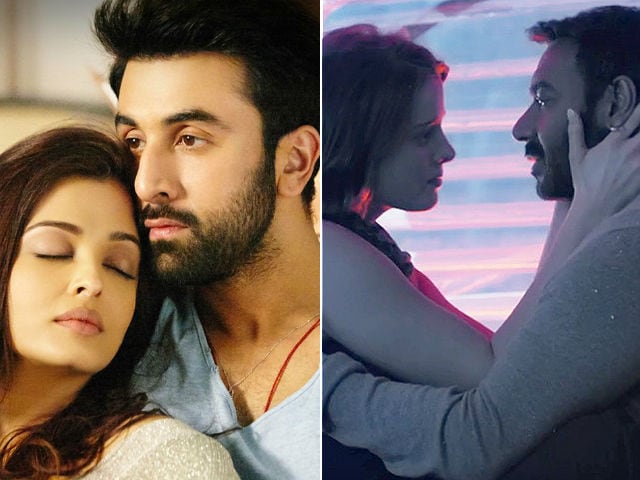 Action and romance will define this weekend for movie-goers as Karan Johar's Ae Dil Hai Mushkil and Ajay Devgn's Shivaay hit the screens today.
The first stars Ranbir Kapoor, Anushka Sharma and Aishwarya Rai while Fawad Khan as a special appearance in the film. The film, apparently inspired from Yash Chopra's Doosra Admi, promises to be an intense love story. The film explores the matters of heart, passion and friendship. Like every Karan Johar film, it has opulent sets and larger than life feel to it.
One can also expect exciting twists in plot from Shah Rukh Khan, Alia Bhatt and Lisa Haydon, who have cameos in Ae Dil Hai Mushkil.
The second big release this weekend is Ajay Devgn's Shivaay. This one is entirely Ajay's show as apart from starring in the film he is also the film's director and producer. Ajay co-stars with Polish actress Erika Kaar and Saira Banu's grandniece Sayyeshaa Saigal.
The film is an action drama which revolves around the life of a mountaineer and his family. From the songs and trailers we know that Shivaay's exceptional landscapes and picturesque locations will keep you hooked.
It's truly a blockbuster Diwali, as not only in Bollywood but in Tamil cinema there seems to be a clash of the titans - It's Dhanush vs Karthi.
Dhanush's Kodi hits the screens after last month's Thodari. The RS Durai Senthilkumar-film features Dhanush both as a corrupt politician and an upright man of morals. The clash between the two forms the film's plot.
Karthi Sivakumar stars in Gokul's Kaashmora a film based on dark magic. Karthi's character's resemblance to Baahubali's Kattapa is uncanny and has been a talk of the town. Nayanthara features as Rathna Mahadevi.
Varun Sandesh's Telugu film Mr 420 also releases today.