Akshay Kumar takes over as lead from Arshad Warsi in Jolly LLB 2. Suriya's Singam 3 released a day before 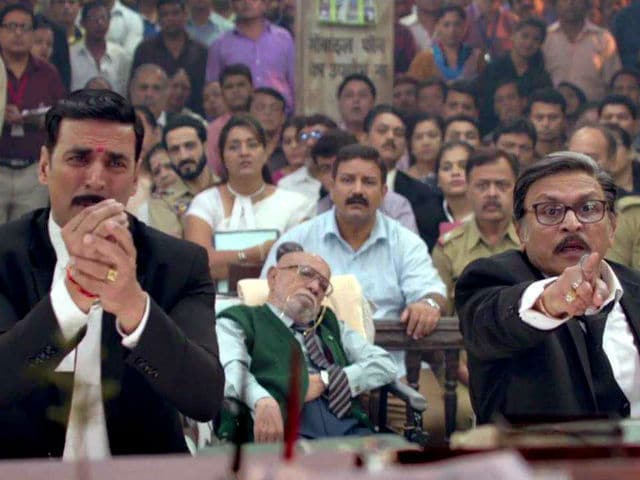 Akshay Kumar's first film of 2017, Jolly LLB 2, releases today. The film is a sequel to 2013 film Jolly LLB which featured Arshad Warsi in lead role. Conceptually, Jolly LLB 2 takes the premise of Jolly LLB forward. The film is about an amateur lawyer who lands a high-profile case against a renowned lawyer. At first he digresses from his ideals and later turns his life around to ensure justice is prevailed. In the sequel Annu Kapoor plays the antagonist lawyer while National Award-winning actor Saurabh Shukla will reprise his role of the judge. Huma Qureshi is cast opposite Akshay in the Subhash Kapoor-directed film. Jolly LLB 2 keeps the tone (hilarity mixed with seriousness) of its predecessor intact.
Watch the trailer if Jolly LLB 2:

Jolly LLB 2 may face competition from Suriya's Singam 3 (or Si3) which released yesterday. The film directed by Hari is the third film in Singam series and was one of the hugely anticipated films this year. Si3 was rescheduled twice and therefore the anticipation grew by leaps and bounds.
Watch the trailer if Singam 3:

Hollywood is represented by sci-fi romance The Space Between Us and horror film Rings. The Space Between Us, starring Brit Robertson, Carla Gugino and Gary Oldman, is about a young man raised by scientists on Mars. He returns to Earth in search of his father. Rings, is the third in the film series, and stars Matilda Lutz and Johnny Galecki.