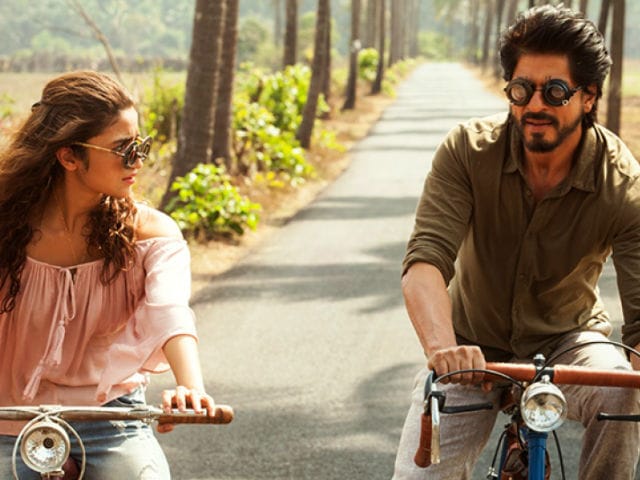 Today's philosophy class may get full attendance. Superstar Shah Rukh Khan is here to impart words of wisdom to Alia Bhatt and from the teasers we know that these life changing lesions might just be what we all need in today's fast pace zindagi. Alia Bhatt, 23, stars as a young filmmaker Kaira waiting and working towards her big break but she is engulfed by confusion resulting from her interpersonal relationships. Enter Jehangir aka Jug (Shah Rukh) who brings perspective to her life and helps sort out the intertwined threads of relationship.
The film also stars Angad Bedi, Kunal Kapoor, Aditya Roy Kapur and Ali Zafar. It is through her relationship with them that Alia comes to form a love-hate relationship with zindagi. From saying Just Go To Hell Dil she sings love You Zindagi. Meanwhile, Dear Zindagi is already a hit with celebrities. Celebs like Sushant Singh Rajput, Dia Mirza and Aditi Rao Hydari want to go to therapy in the hope of finding their very own Jehangir.
The slice-of-life drama is directed by Gauri Shinde, who first film was English Vinglish, starring Sridevi. Therefore, Gauri's report card looks very good. Like her previous film, this one too looks like a different approach towards cinema. The film is jointly produced be Gauri's Hope Produtions, SRK's Red Chillies Entertainment and Karan Johar's Dharma Productions.
Meanwhile, Ranvir Shorey and Neha Dhupia's Moh Maya Money directed by Munshi Bhardwaj also releases today. The film's about how a young real-estate broker tries to pull off a huge scam, which goes horribly wrong.
Another Hindi film releasing today is Horror film Saansein which stars Rajniesh Duggal and Sonarika Bhadoria. A tourist falls in love with a mysterious club singer but she has a dark secret.
Punjabi film Kacche Dhaagey starring Deep Mandian is representing regional section today while Hollywood's got Emma Robert's Nerve and Amy Adams' Arrival on platter.