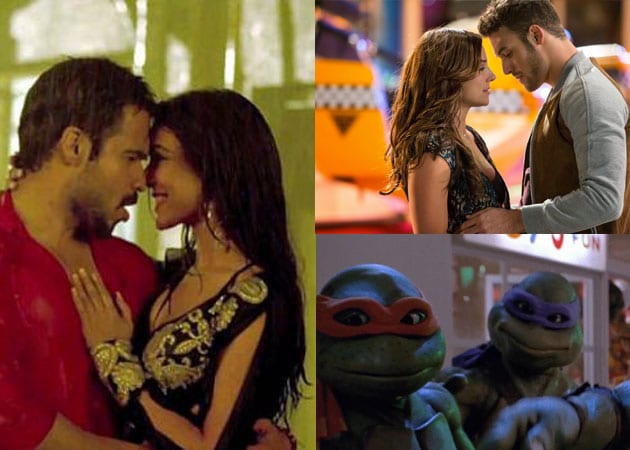 A still from Raja Natwarlal, Step Up All In and Teenage Mutant Ninja Turtles

The movie revolves around a con man seeking revenge from a gangster. Emraan plays an amateur con man, who is trained by his master to become the best at what he does. The movie has soothing, romantic music apart from a lot of drama. Raja Natwarlal is directed by Kunal Deshmukh. Another veteran actor to watch out in the film is Paresh Rawal, who always leaves a strong impression with his performance.

Another Bollywood movie to watch out for is Identity Card, featuring multiple stars like Tia Bajpai, Furqan Merchant, Shoib Kazmi and Saurabh Shukla. Directed by Rahat Kazmi, the narrative revolves around three civilians: a journalist, her friend and a tourist in Srinagar, who are suspected and taken in by the Special Task Force.  (Also Read: Identity Card Review)

Step Up All In, one of the most popular dance franchises featuring Ryan Guzman and Briana Evigan among others, releases today.

The fifth installment of the series is directed by Trish Sie and involves the journey of a young Miami street dancer who moves to Hollywood to make it big in the world of dance. Watch him overcome all odds in a nerve-wrecking dance competition with headstrong professional dancers standing against him.

And if you love adventure and comedy, then you should be heading out to watch Jonathan Liebesman's Teenage Mutant Ninja Turtles. Watch Ninja Turtles battle it out with a group of four evil outcasts in New York City. The movie features Megan Fox, Whoopi Goldberg, William Fitcher and Will Arnett.