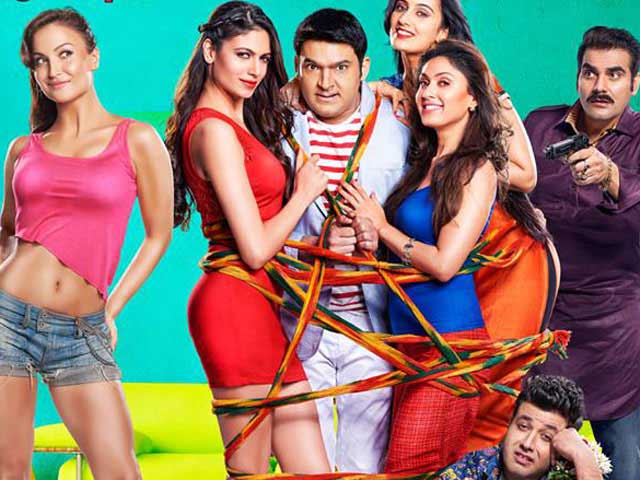 In his debut film Kis Kisko Pyaar Karoon, comedian Kapil Sharma's Shiv, Ram and Kishan are all the same man married to three women who live in the same building, oblivious to the fact that their husband is cheating on all of them

Movie-goers have a variety of films to choose from this week. Bollywood offers the laugh riot Kis Kisko Pyaar Karoon, emotional drama Calendar Girls and family film Time Out, while Hollywood offers the action-fantasy Maze Runner: The Scorch Trials, the sequel to the 2014 film.
In his debut film Kis Kisko Pyaar Karoon, comedian Kapil Sharma's Shiv, Ram and Kishan are all the same man married to three women who live in the same building, oblivious to the fact that their husband is cheating on all of them. To complicate matters even more, he also has a girlfriend played by Elli Avram. The cast of the Abbas Mustan-directed film includes Simran Kaur Mundi and Manjari Phadnis.
Calendar Girls, starring Akanksha Puri, Avani Modi, Kyra Dutt, Ruhi Singh and Satarupa Pyne, is based on the lives of five models. Director Madhur Bhandarkar told news agency IANS that he was inspired by Deepika Padukone and business tycoon Vijay Mallya. "We have taken inspiration from a lot of people like Vijay Mallya, who launches a calendar every year. I share a good relationship with him. Deepika Padukone, who herself was a calendar girl, also inspired me for this film," he said.
Shivam Nair's emotional thriller Bhaag Johnny is apparently based on the concept of karma. The film, which stars Kunal Khemu and Zoa Morani, revolves around a man who is forced to lead two lives and the consequences which follow when he has to opt for one over the other.
Directed by Rikhil Bahadur, Time Out stars a young cast led by Chirag Malhotra and Pranay Pachauri in the lead roles. The film explores the story of teenaged brothers, one of who is gay. They discover that growing up isn't just about having a crush, playing in a band or making it to the basketball team.
Maze Runner: The Scorch Trials is the second instalment of a planned trilogy based on James Dashner's Maze Runner novels. The Wes Ball-directed film continues the saga that began with a group of teenagers trapped in a mysterious labyrinth, only to escape and find themselves in an even more dangerous world with new challenges and obstacles. The film stars Dylan O'Brien, Kaya Scodelario and Thomas Brodie-Sangster.