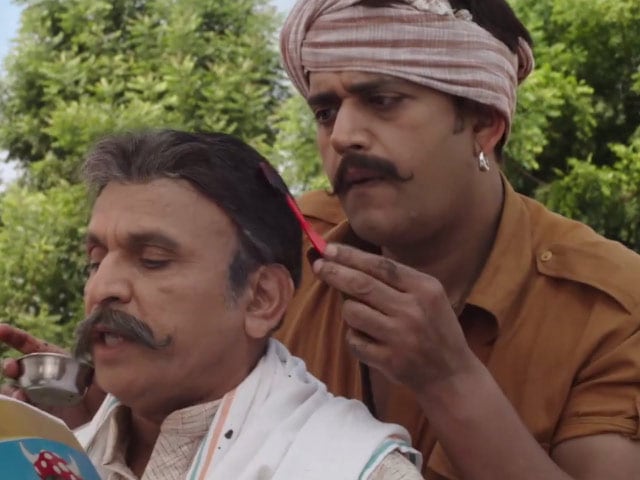 Enough with dance and comedy, the film scene is all set to take a serious turn with the release of social satire Miss Tanakpur Haazir Ho.
The Vinod Kapri-directed film narrates the story of a man who is falsely accused of raping a buffalo and what happens when the Khap panchayat orders him to marry the 'victim'.
The film stars Annu Kapoor, Ravi Kishan, Om Puri and Hrishita Bhatt in pivotal roles.
With the release on Insidious, Hollywood has horror film on its platter. The third film in the series is a prequel and is set before the haunting of the Lambert family.
To even out the chilling effect, Hollywood also has animated film Inside Out on offer. The Pete Docter-directed film is about how 'five emotions' inside a girl's head strive for control after a life-changing event.
Regional cinema is also set to showcase (its) Labour of Love, a film which created quite a stir at the Venice Film Festival, and fetched Aditya Vikram Sengupta the Best Debut Director award. The film, starring Ritwick Chakraborty and Basabdutta Chatterjee, also won two National Awards this year.
Another critically acclaimed film to hit the screens today is Killa, which bagged the Best Feature Film in Marathi award at the National Awards. The film's lead actor Parth Bhalerao also received a Special Mention award.
From the North we have Diljit Dosanjh's Sardaar Ji, which stars the actor as a ghost hunter looking for a castle spirit played by Neeru Bajwa.