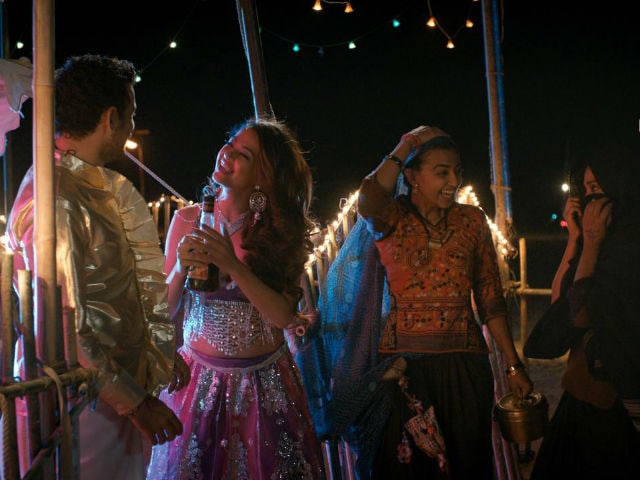 A still from Parched

Bollywood is giving one female-centric film after another. After Pink, set in urban India and discussing the tough life of working women, director Leela Yadav brings Parched, a tale set in rural Kutch.
Rani, Lajjo and Bijli - played by Radhika Apte, Tannishtha Chatterjee and Surveen Chawla - break free from century-old traditions that have kept them locked in servitude. Parched premiered at the Special Presentations section of the 2015 Toronto International Film Festival.
The film came into limelight when sex scenes between Radhika Apte and her co-star Adil Hussain leaked online. Parched, produced by Ajay Devgn is a story of liberation from age-old customs which deny women their freedom.
On a lighter note is Riteish Deshmukh and Nargis Fakhri's Banjo. The film revolves around Taraat, a local banjo player seeks fame, success, and money. In his pursuit, he crosses path with Christina who helps him accomplish his goals. The film is directed by Ravi Jhadav.
Shreyas Talpade and Manjari Phadnis' Wah Taj also releases today along with Days Of Tafree, Dil Sala Sanki and Yeh Hai Judgement Hanged Till Death.
From Hollywood, Renee Zellweger returns as Bridget Jones with a new confusion. Bridget Jones's Baby releases today and with two men (Colin Firth, Patrick Dempsey) in her life, a pregnant Bridget Jones must figure out who the father of her baby is. Others in Hollywood section are - The Magnificent Seven and Storks.
Dhanush's Tamil film Thodari also releases today. The entire story of the film happens over two nights and a day and takes place on a train. Telugu film Majnu also releases today.