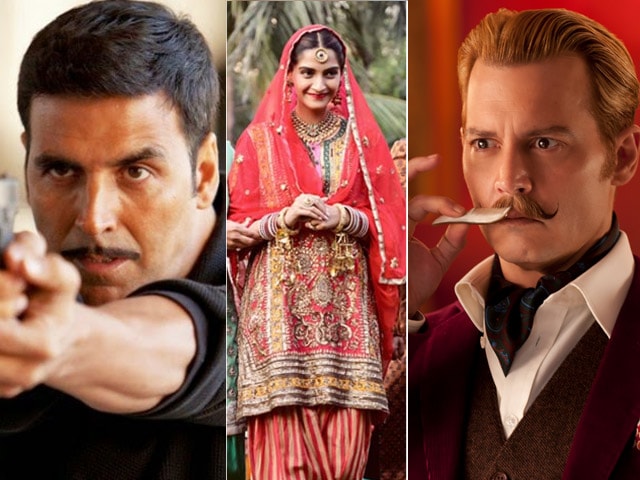 It's a mix of comedy and action at the box office this weekend with Bollywood releases Sonam Kapoor's Dolly Ki Doli and Akshay Kumar's Baby, and Mortdecai from Hollywood.

Dolly Ki Doli is a comedy about a con woman who marries men and runs away with their money. While actress Sonam Kapoor plays the female lead Dolly in the film, actors Rajkummar Rao and Varun Sharma play grooms who fall prey to her con skills. Actor Pulkit Samrat plays a cop on Dolly's trail.

If thrill and action is what you are looking for, then Akshay Kumar's Baby should be your weekend call.

Akshay plays a counter-intelligence officer in the film, with a mission to foil the best laid plans of terrorists.

Much of the action takes place in Istanbul and Khiladi Kumar performs daredevil stunts in the film, as seen in the trailer of Baby.

Meanwhile, Hollywood offers an action comedy this weekend with Mortdecai starring Johnny Depp and Ewan McGregor. The film is about a debonair art dealer, played by Mr Depp, who is in a race to find a painting that holds the clue to Nazi gold, which he requires to maintain his high society lifestyle.