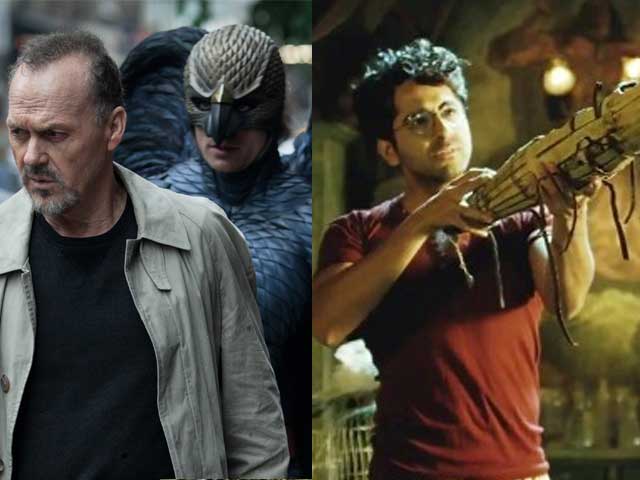 A still from Birdman and Hawaizaada

Movie goers have a choice between biopic, drama, comedy and thriller this week

It's a crowded box office today with two Oscar-nominated offerings from Hollywood and a biopic and a horror-thriller from Bollywood.

Director Alejandro Gonzalez Inarritu's Birdman is a comedy based on the struggles of a Hollywood actor (played by Michael Keaton), in search of his lost stardom who tries to reinvent his career with a Broadway role. The actor, who was famous for playing the superhero Birdman in movies, is now constantly tormented by the voice of Birdman, who belittles him with jibes.

Birdman, which is up for nine Oscars, co-stars Edward Norton and Emma Stone.

Bollywood too offers a biopic of sorts with Ayushmann Khurrana's Hawaizaada, a period film based on Indian scientist Shivkar Talpade, who is credited with building the first unmanned plane.

Actors Gurmeet Choudhary, Ali Fazal and Sapna Pabbi, the latest additions to the Bhatt camp, are a part of a love triangle in Kamoshiyan, directed by Karan Darra. The film, a supernatural-erotic thriller, is presented by Mahesh and Mukesh Bhatt.