Today's big releases: Jackpot, The Hobbit: The Desolation of Smaug 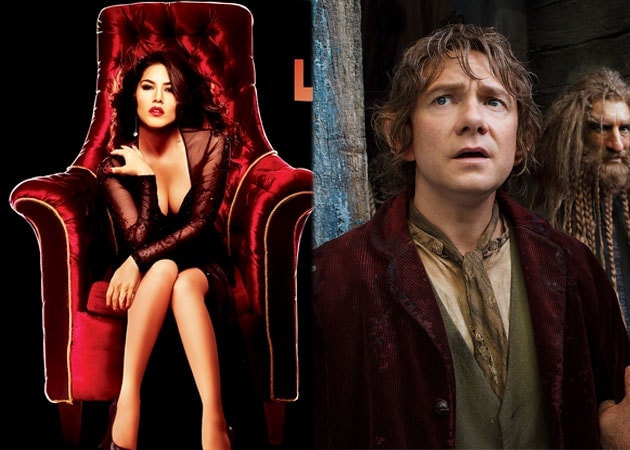 Stills from Jackpot, The Hobbit: The Desolation of Smaug

Jism 2 star Sunny Leone is back with her second film Jackpot which releases today. Based in Goa, the plot revolves around a card game played by con artists.
Sunny said in a recent interview that she hopes the audience appreciates her acting talent more than her bold and sensuous image. Directed by Kaizad Gustad, the movie also features Naseeruddin Shah and Sachiin Joshi.
Next up is the comedy film What The Fish featuring Dimple Kapadia, Anand Tiwari and Manjot Singh. The story revolves Dimple Kapadia's character, a 67-year-old divorcee who lets her niece's fiance house sit.
Hollywood offers The Hobbit: The Desolation of Smaug to the Indian audiences today. Directed by Peter Jackson, this is the second instalment in The Hobbit series. The movie follows Bilbo Baggins - the eponymous hobbit, played by Sherlock actor Martin Freeman - on his journey to kill the dragon Smaug with Gandalf the wizard, played by Ian McKellen, and a band of dwarves led by Thorin Oakenshield, played by Richard Armitage. Smaug is voiced by Freeman's Sherlock co-star Benedict Cumberbatch.
(With IANS inputs)