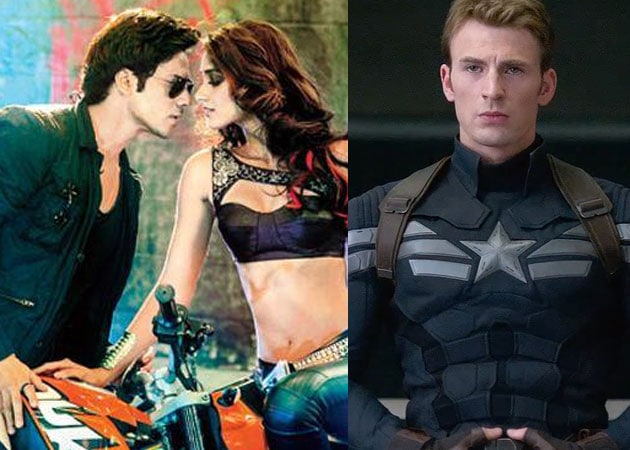 After a dry spell at the box office last week, cinegoers can look forward to some light-hearted entertainment with David Dhawan's Main Tera Hero which hits theatres today.

After a dry spell at the box office last week, cinegoers can look forward to some light-hearted entertainment with David Dhawan's Main Tera Hero which hits theatres today.
The movie, starring Varun Dhawan, Ileana D'Cruz and Nargis Fakhri, is a romantic action-comedy and a remake of the Telugu film Kandireega. The plot reportedly revolves around the hero Sreenath (played by Varun) and his attempts to win over the girl he loves. The trailers of the film also hint at a love triangle between Varun, Ileana and Nargis.
Also up for release today is Girish Malik's Jal featuring Purab Kohli, Tannishtha Chatterjee, Kirti Kulhari and Mukul Dev in key roles. The story revolves around a water astrologer Bakka (played by Purab Kohli) and his efforts to solve the problem of drought in his village. However, he loses his villagers' faith in the process. The story also explores the love story between Bakka and the enemy village headman's daughter (played by Kirti Kulhari).
The Hollywood superhero film Captain America: The Winter Soldier, featuring the Marvel Comics character Captain America, also hits the screens today. The movie, a sequel to 2011's Captain America: The First Avenger, has been directed by Anthony and Joe Russo and stars Chris Evans, Scarlett Johansson and Sebastian Stan in the lead roles. Captain America: The First Avenger was about an ordinary man Steve Rogers (played by Chris Evans) who is transformed into a super-soldier Captain America to aid the USA in its war against Adolf Hitler's organisation Red Skull. In the sequel, Steve Rogers continues to work for the espionage agency S.H.I.E.L.D. and is called in to save a S.H.I.E.L.D. vessel from Algerian pirates.