Today's big releases: One By Two, 12 Years A Slave 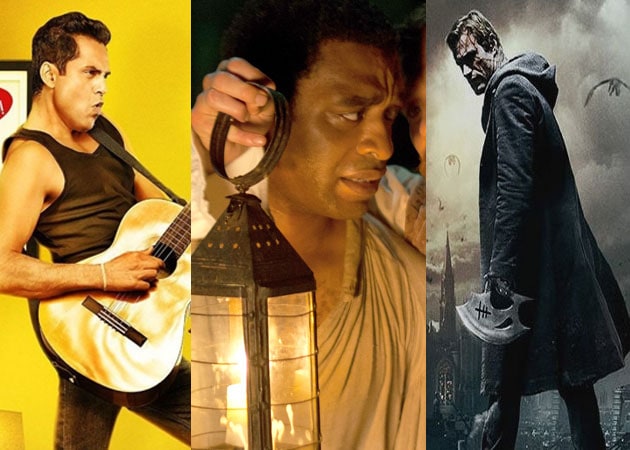 One By Two, 12 Years A Slave and I, Frankenstein release this weekend.

It's a mix of big city romance and American subaltern history at the box office today.

It's a mix of big city romance and American subaltern history at the box office today.
Bollywood offers the romantic comedy One By Two, directed by Devika Bhagat and featuring real life couple Abhay Deol and Preeti Desai as Mumbaikars who meet and fall in love. One By Two has already made news for a battle of wills between Abhay Deol, who produces the film, and music giants T-Series over a copyright issue that saw Mr Deol show up at an awards ceremony with a 'black eye' that was meant to signify the hit his film had taken. Mr Deol eventually came out tops.
From Hollywood, comes a movie that many believe already has its Best Film Oscar sewn up. 12 Years A Slave, based on the real life account of a free black man kidnapped and sold into slavery, stars Oscar nominees Chiwetel Ejiofor, Lupita Nyong'o and Michael Fassbender. The cast also features Brad Pitt, a producer on the movie, and Sherlock star Bendeict Cumberbatch.
Also up today is Australian-American fantasy action film written and directed by Stuart Beattie, based on the graphic novel and original screenplay by Kevin Grevioux - I, Frankenstein. It stars Aaron Eckhart, Bill Nighy and Miranda Otto. The story deals with Frankenstein's monster being promised a wife by his creator and, when that doesn't happen, taking the doctor's wife herself resulting in a battle between gargoyles and demons, evil and humanity, and the dilemma of having a soul or not having a soul.
Three movies, three different genres. The audiences have a plateful of entertainment.