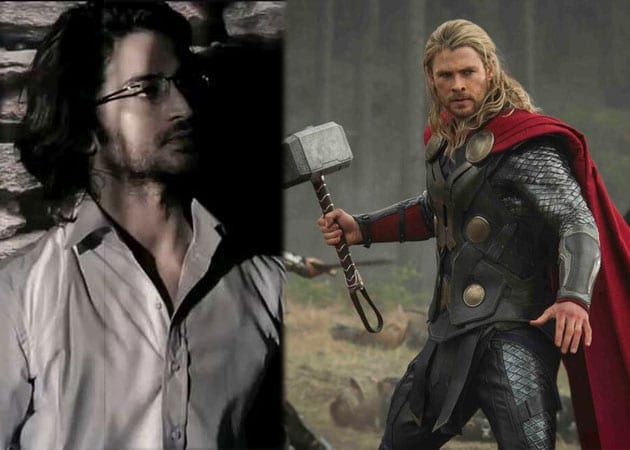 Stills from the movie Satya 2 and Thor: The Dark World

Today's box office releases include the underworld drama Satya 2 and the superhero flick Thor: The Dark World.
Ram Gopal Varma, who earned his stripes making films about the underworld, has returned with Satya 2. The film stars new actors Puneet Singh, Anaika Soti and Aradhana Gupta in lead roles. Puneet (Satya) arrives in Mumbai with a mission - to reinvent the underworld.
Ram Gopal Varma has reportedly said that Satya 2, which will be his last underworld film, is not a sequel to the 1998 crime thriller Satya. The director, who wanted to work with new faces, says that Satya 2 is about a unique kind of underworld, which is very different from what it looked in the 90s.The music of Satya 2 has been composed by Amar Mohile and Kary Arora and the promotional track has reportedly been inspired by the theme song of The Godfather
The other big release this weekend is Hollywood's Thor: The Dark World. The Alan Taylor-directed film is a sequel to both Thor (2011) and The Avengers (2012). Chris Hemsworth, Tom Hiddleston and Natalie Portman reprise their roles as Thor, Loki and Dr Jane Foster respectively.
The film is produced by Marvel Studios and Walt Disney Studios Motion Pictures.
(With IANS and PTI inputs)