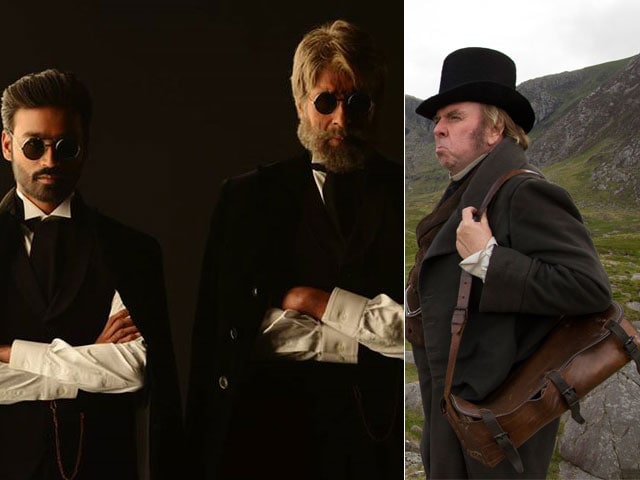 Stills from Shamitabh and Mr Turner

There can be no complaining about lack of variety at the box office with the Bollywood movie Shamitabh and the Hollywood films Mr Turner, Jupiter Ascending and Wild Card up for release.

But it's the lethal combo of Bollywood actor Amitabh Bachchan and South star Dhanush who are likely to rule the box office with their much-awaited film Shamitabh. Directed by R Balki, the film also marks the debut of Akshara Haasan, daughter of actors Kamal Haasan and Sarika. Dhanush plays an actor who rises to stardom with the help of Mr Bachchan, who lip-syncs for him. But they later drift apart due to ego.

Also releasing today is Mike Leigh's Oscar-nominated Mr Turner which delves into the last 25 years of the life of the eccentric British painter JMW Turner, played by Timothy Spall.

Lovers of sci-fi can opt for the Wachowskis' space opera Jupiter Ascending that revolves around a maid (played by Mila Kunis) who establishes a connection with a species on an outer planet and discovers that she is the ruler of Earth.

Also up for release this weekend is the action thriller Wild Card. Jason Statham's Nick Wild is a Las Vegas bodyguard who is trapped in a bad bet, gets into trouble with the mob and finds it difficult to salvage the situation.