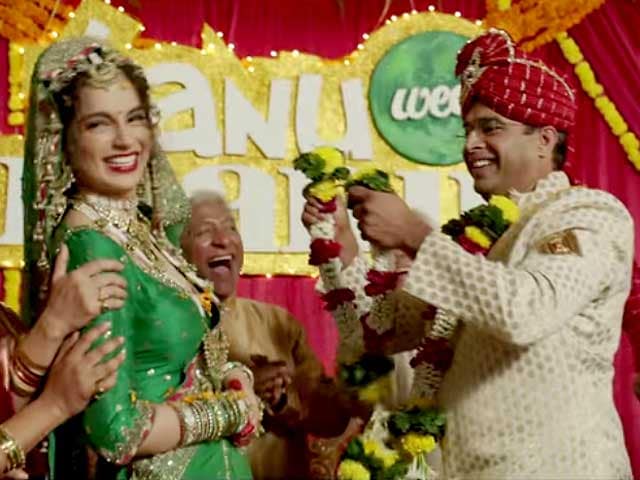 Last Monday, the film took in about Rs 8.90 crores. Less than a third of that today will propel it past the 100 crore mark. In all likelihood, June 1 is the day Tanu and Manu officially become a blockbuster couple.

Today is also the film's lead actor R Madhavan's 45th birthday.
Tanu Weds Manu Returns, directed by Aanand L Rai, is the sequel to the original 2011 film and stars Kangana Ranaut in a double role apart from R Madhavan.
The film has already collected over 100 crores worldwide and is the year's biggest Bollywood opener abroad.
Deepika Padukone's Piku has also made over 100 crores worldwide, with about 77 of those crores coming from India.