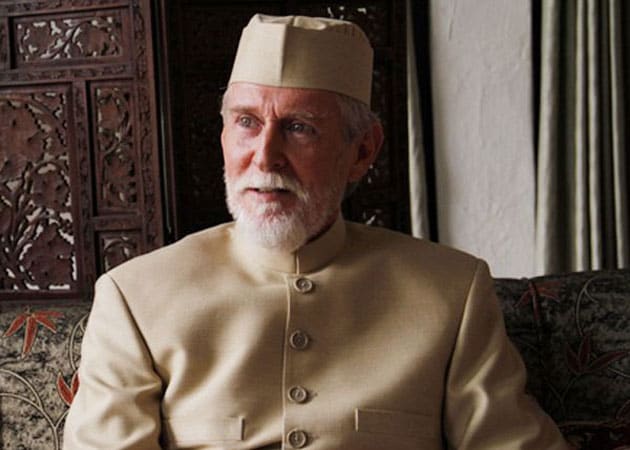 The veteran actor in a still from the film Kuch Log

He has comfortably played Lord Mountbatten on screen in Sardar and effortlessly slipped into the roles of Urdu poet-lyricist Sahir Ludhianvi and Maulana Abdul Kalam Azad respectively on stage. And thespian actor Tom Alter now aspires to enact the roles of two stalwarts of Partition, Jawaharlal Nehru and Muhammad Ali Jinnah.
"Jinnah is a very controversial figure to play. But I personally feel there is something to learn from him. Why he became a fanatic, no one knows. If we can find that out, I am sure there must be something to learn from it," said Alter.
"I have played so many roles, but playing Nehru and Jinnah on stage should be exciting. We haven't explored the lives of these people," added the actor, who is often called a firang for his western looks but insists he is an Indian.
If one connects the dots to Alter's journey, it bears a striking resemblance to that of a Bollywood movie - a 19-year-old school teacher is inspired after watching late superstar Rajesh Khanna's performance in Aradhana. He packs his bags and gets admitted to the prestigious Film and Television Institute of India (FTII) and the rest, as they say, is history.
Though his debut film was Charas, the Padma Shri recipient is often remembered for his role of Captain Weston in Satyajit Ray's Shatranj Ke Khiladi. Alter had met Ray on his convocation day in the institute in 1974, where Alter had won a gold medal.
"He passed by me and said 'we will be working together'. Initially I thought it was a figment of my imagination and then I forgot about it. But I did get a call after a year and a half from him for this role," said Alter.
Working with one of the finest filmmakers also influenced Alter, as he firmly believes in what Ray had said during his convocation day speech.
"I make films for myself. Fortunately, some other people also like them," Alter recollected Ray's words.
The 63-year-old stayed away from the conventional path and razzmatazz of Bollywood. He nurtured his creative dimensions and branched out into theatre, writing and television.
In a career spanning over three decades, he has worked in over 300 movies, written three books, is an active theatre actor and has contributed to various magazines and newspapers as a keen observer of sports.
But nothing is tiresome for the multi-faceted actor.
"We all can do it. We all used to do so much in school. I was into so many things - editing the school magazine, playing sports and a bit of studies," said Alter, whose green eyes and fair skin colours has often led to him being labelled as a gora or a firang.
"I am an Indian. My family lineage may be different, but I was born here. I hold an Indian passport. I don't need to prove my credentials to anyone," said Alter.
As of now, Alter wants to finish his two pending books - a novel on theatre and another on a poet. But his work commitments are not giving him much time.
He has directed a serial for DD Urdu, Ek Fursat-e-Gunah. Set during the Partition in 1947, the story is about the coming together of three friends.
"I was born post-Partition so I haven't seen much. But my family has been through that, so in some ways the loss and pain of meeting does evoke many emotions," said Alter.