Trending: Katrina Kaif On The Beach Is Everything Summer. See Pic 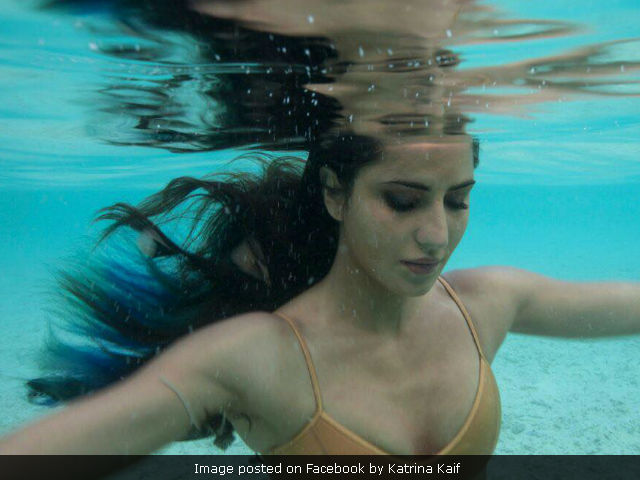 Bollywood actress Katrina Kaif's picture from one of her beachside photoshoots (it's unknown if it's a latest shoot or a throwback picture) is making the internet very happy. The 31-year-old actress, who joined social networking site Facebook in 2016, around the time of the release of her last film Baar Baar Dekho, shared a picture with a picturesque view of the ocean in the backdrop. The Dhoom: 3 actress used a quote from Jose Mujica as caption: "All my life I've been rowing against the tide. What can I do? It seems I was born that way." Katrina shared the picture on Tuesday and so far it has been shared more than 500 times and has 118,000 reactions.
Katrina Kaif's picture, which is now viral:

Apart from Baar Baar Dekho, Katrina Kaif starred in Fitoor with Aditya Roy Kapur. Both films failed to generate good box office revenues. This year, Katrina is looking forward to the release of her long-pending film Jagga Jasoos co-starring Ranbir Kapoor. The Anurag Basu-directed film is scheduled to release in April clashing with Ram Gopal Varma's Sarkar 3 with Amitabh Bachchan in lead. Jagga Jasoos' release may shift to another date as the date coincides with school examinations and Anurag Basu says Jagga Jasoos is a 'family holiday film.'
She has also signed up for the sequel of her 2014 ht film Ek Tha Tiger. The second part titled Tiger Zinda Hai will be directed by Ali Abbas Zafar and produced by Yash Raj Films. Salman Khan will reprise the role of Indian RAW agent Avinash Singh Rathore aka Tiger.