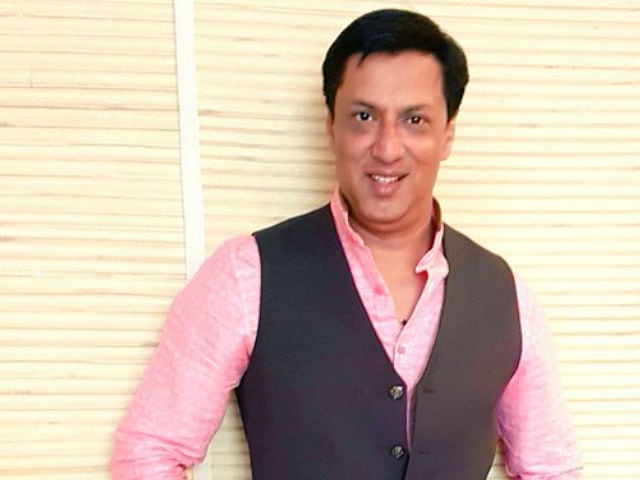 Director Madhur Bhandarkar has announced the beginning of his new project titled Indu Sarkar with a teaser poster on Monday. The poster features a woman's silhouette with handcuffs against the backdrop New Delhi's iconic landmarks - India Gate and the Parliament House. The film is reportedly based on the 21-month long Emergency from 1975 to 1977, when then Prime Minister Indira Gandhi had a state of emergency declared across the country. However, the 48-year-old director did not reveal (or hint at) the film's plot and tweeted: "Shooting begins today. Always need your support and blessings."
Here's the teaser poster of Indu Sarkar:

The director earlier posted pictures from his visit to the Chor Baza, from where he procured genuine accessories from the seventies:

Madhur Bhandarkar debuted as director in 1999 film Trishakti and won his first National Award for Chandini Bar starring Tabu in 2001. He again won the National Award in 2003 for Page 3 and then for 2007 film Traffic Signal.
His other popular films are Fashion starring Priyanka Chopra and Kangana Ranaut and Aan: Men at Work with Akshay Kumar. Madhur Bhandarkar's Corporate was inducted as case study for IIM Ahmedabad.
Madhur Bhandarkar is known for making female with strong female protagonists. All his films underline a social issue with the female lead at the helm of affairs. He made political film Satta with Raveena Tandon in the lead, which fetched him All India Human Rights Association Award.
Madhur Bhandarkar's last film Calendar Girls released and faded while 2012's Heroine with Kareena Kapoor Khan in lead made all the right noises.