Dangal star Zaira Wasim had posted an apology on Facebook, apparently in response to being massively trolled for meeting J&K CM Mehbooba Mufti 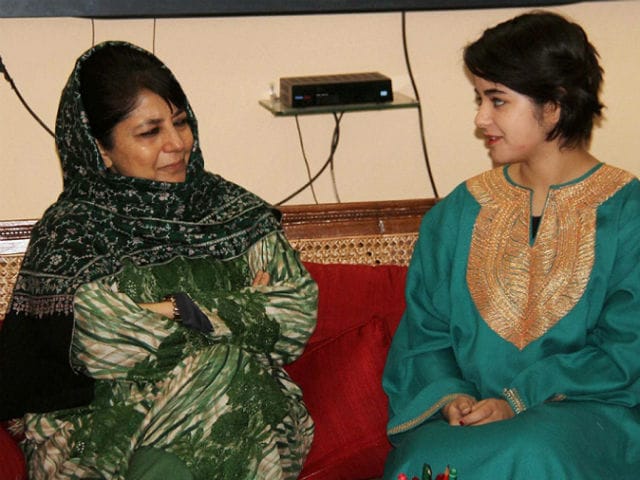 Three hours after posting an apology on Facebook, Dangal's teen star Kashmiri Zaira Wasim deleted her post and said she was upset that it had "been turned into national news." Ms Wasim urged the media and others: "Don't blow this out of proportion" and asserted "I have not been forced into anything by anyone." A short while later, she deleted that update too.Ms Wasim, who co-starred with Aamir Khan, has been trolled extensively after she met with Kashmir Chief Minister Mehbooba Mufti on Saturday. The teen, who grew up in Srinagar, appeared to be responding to that abuse when she wrote, "This is an open confession/apology. I know that many people have been offended and displeased by my recent actions or by the people I have recently met."
In an apparent reference to the months of unrest in the Kashmir Valley last year in which more than 80 people were killed, Ms Wasim said she understood the sentiments of those she had "unintentionally hurt ...especially considering that what had happened over the last six months". However, she stressed, "But I hope people can also understand there are certain circumstances that emerge which one cannot control and I hope people still remember that I'm a just a 16 year old girl and I hope you treat me accordingly."
She also said she did not wish to be seen as a role model for Kashmiri Youth, stating, "I'm not proud of what I'm doing and I want everyone, especially the Youth to know that there are real role models out there whether they be in this time or in our history."
Zaira Wasim played the young version of wrestler Geeta Phogat in Dangal, which released last month to great acclaim and to over Rs 370 crores in ticket sales. She has already been signed up for Aamir Khan's next production, Secret Superstar.
After her apology, Zaira Wasim saw huge online support with people like opposition leader Omar Abdullah tweeting in her favour. "A 16-year-old shouldn't be forced to apologise and that too allegedly for meeting Mehbooba Mufti. What are we coming to," he wrote. Union Minister Ravi Shankar Prasad said, "Zaira is indeed a good actress. It is wrong to force her to apologise on Facebook for meeting Mehbooba Mufti."
Along with her parents, the young actor met Ms Mufti and discussed her education, career and experiences while filming Dangal. Ms Mufti said today of their interaction, "When it comes to talent, youngsters from Jammu and Kashmir are next to none and we must celebrate them and not those who post their photos on Facebook with guns in their hands."
Ms Wasim appeared in a handful of commercials before being cast in Dangal. She plays Geeta, the elder daughter of Aamir Khan's character, Mahavir Singh Phogat. Dangal is the true story of how Mr Phogat trained his daughters Geeta and Babita as medal-winning wrestlers. The older version of Geeta Phogat is played in the film by actress Fatima Sana Sheikh.