"Heroines have always played strong roles in my films. Zhu Zhu plays an important role in the film but we can't talk about it," said Kabir Khan 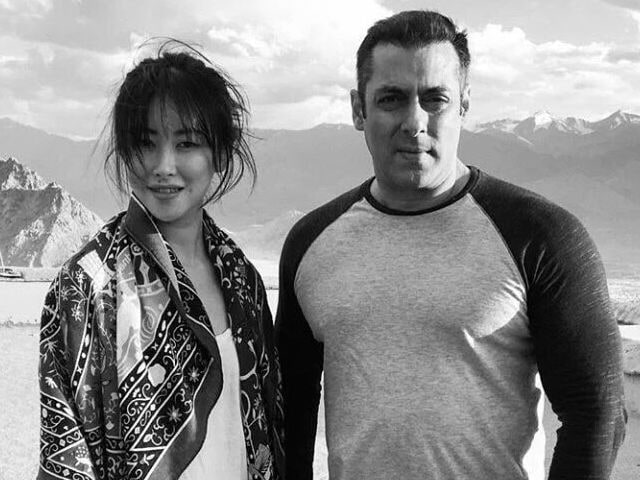 Everyone is eagerly waiting for the release of Salman Khan's film Tubelight, directed by Kabir Khan. According to news agency PTI, Chinese actress Zhu Zhu, who features opposite the 51-year-old actor in the film, will be visiting India for promoting her Bollywood debut movie. "Heroines have always played strong roles in my films. Zhu Zhu plays an important role in the film but we can't talk about it. Also, she will be coming to India for promotions. But we are yet to chalk out a proper plan," PTI quoted Kabir Khan as saying. Tubelight, which is set in the 1962 Sino-Indian War, also features Sohail Khan in the lead role.
After seeing the tremendous success of Aamir Khan's films PK and Dangal in China, the makers of Tubelight are also planning to release their film in the country.
"China market is different when it comes to releasing Indian films. The film has to be presented to them, they have to like it and then pass it. They have certain guidelines to release a film," Kabir Khan told PTI.
Kabir Khan also revealed that his film is an adaptation of 2015 World War II war fantasy-drama movie Little Boy, directed by Alejandro Gomez Monteverde.
"Our film is an adaptation of Little Boy. We have taken the germ of idea and made it according to our sensibilities. We have made it in context of our history," PTI quoted Kabir Khan as saying.
On May 25, the trailer of Tubelight was unveiled. Watch it here:

Tubelight marks Salman Khan's third collaboration with Kabir Khan. They have previously worked together in films like Bajrangi Bhaijaan and Ek Tha Tiger.
Shah Rukh Khan will be seen making a cameo appearance in the film.
Tubelight is scheduled to release in theatres on June 23.
(With PTI inputs)