The trailer of Salman Khan's much-awaited film Tubelight has finally been unveiled. The trailer of the film was launched on Thursday in Mumbai by the 51-year-old actor, along with Kabir Khan and Sohail Khan 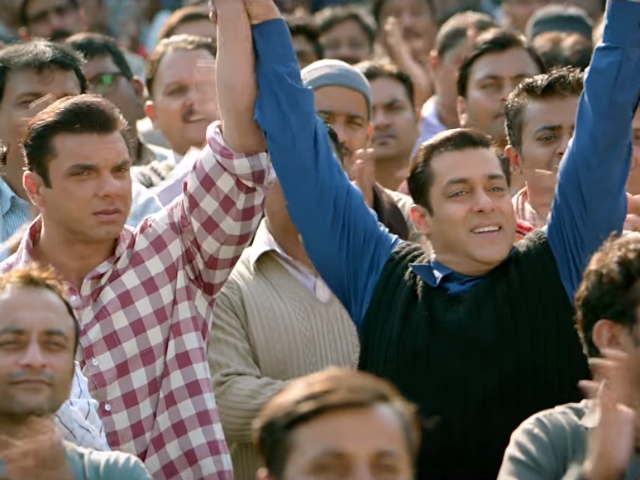 Tubelight: Salman Khan and Sohail Khan in a still from the trailer

The trailer of Salman Khan's much-awaited film Tubelight has finally been unveiled. The trailer of the film was launched on Thursday in Mumbai by the 51-year-old actor, along with Kabir Khan and Sohail Khan. Tubelight, directed by Kabir Khan, is based on the 1962 Sino-Indian War. Speaking about his upcoming film, Kabir Khan told IANS that the political issues in the film are still relevant. "The political issues the story deals with, are still relevant. In 1962, there was a border conflict between India and China. We are still dealing with some of them," IANS quoted the director as saying.
Tubelight marks Kabir Khan's third collaboration with the Sultan actor. They have previously worked in films like Ek Tha Tiger and Bajrangi Bhaijaan. Speaking about his equation with Salman Khan, he told IANS: "It is great that I have got a chance to work with one of the biggest superstars of the country but I also managed to do three very different films, that is important. Our relation has evolved with time and we understand each other better."
In a recent interview with news agency PTI, the Bodyguard actor said that shooting for Tubelight was 'emotionally draining' for him. "The film was an emotional journey and I felt emotionally drained after shooting some of the scenes that narrate that my brother is no more," PTI quoted Salman Khan as saying.
He added: ""I am a limited performer and everybody knows that, but because Sohail was playing my brother, maybe that's why I was feeling very emotional."
Tubelight also stars Chinese actress Zhu Zhu. Shah Rukh Khan will be seen making a cameo appearance in the film.
Tubelight is scheduled to release in theatres on June 23.
(With IANS and PTI inputs)