Tubelight: Salman Khan Says The Film Was 'Emotionally Draining' For Him 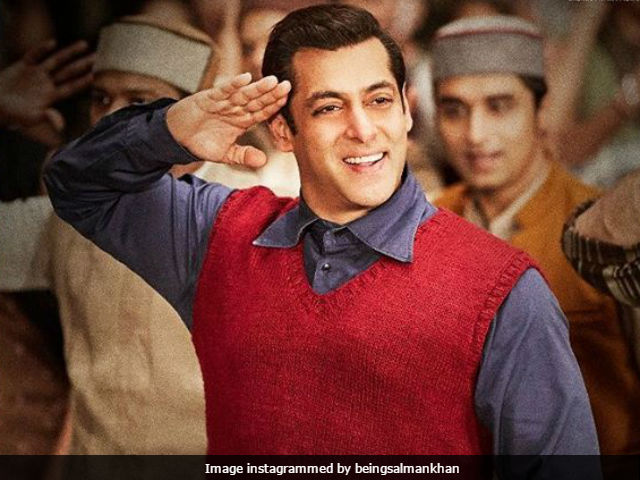 Actor Salman Khan is gearing up for the release of his film Tubelight. During the trailer launch of his upcoming film, the 51-year-old actor said that his journey during the shooting of Kabir Khan?s film was ?emotional? and that he has limitations as an actor. "The film was an emotional journey and I felt emotionally drained after shooting some of the scenes that narrate that my brother is no more," PTI quoted the Kick actor as saying. Tubelight, which is set in the 1962 Sino-Indian War, also stars Salman?s brother Sohail Khan and Chinese actress Zhu Zhu in lead roles.
"I am a limited performer and everybody knows that, but because Sohail was playing my brother, maybe that's why I was feeling very emotional," PTI quoted the Bodyguard actor as saying.
Salman Khan also narrated that during the dubbing process of Tubelight tears welled up in his eyes. "In fact, during the dubbing of the film also, being a grown up man, my tears were coming up... it was really bad! And coming from us (Pathans) is really bad," PTI quoted Salman as saying.
"When I was in jail, one day my mother, father and one of my uncles came to see me there, and seeing my condition, my uncle started crying. So my father told him, 'kaise Pathan ho yaar tum, roh rahe ho'(what kind of a Pathan are you? You are crying!)," he added.
Salman and Sohail?s mother also attended the trailer launch of their upcoming film Tubelight.
"This time she will pray more as both of her sons are working on the film," PTI quoted the Sultan actor as saying.
Salman Khan and Sohail Khan have previously co-starred in films like Maine Pyaar Kyun Kiya? and God Tussi Great Ho.
Tubelight is slated to release on June 23, two days ahead of Eid.
(With PTI inputs)