Tubelight: The First Song Of Salman Khan's Film To Be Out On May 16

On Thursday, Salman Khan and filmmaker Kabir Khan announced on social media that they would be releasing the first song, titled The Radio Song on May 16 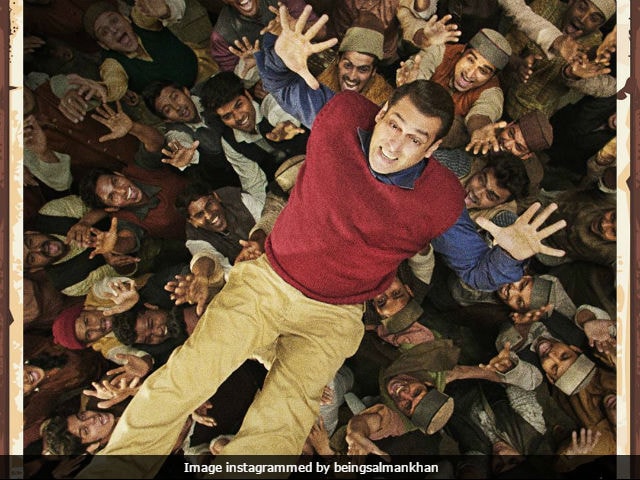 After releasing an intriguing teaser of Salman Khan's Tubelight, the makers of the film are all set to release the first song from the movie. On Thursday, the 51-year-old actor and filmmaker Kabir Khan shared a new poster of the film announcing the same. The song, titled The Radio Song will be unveiled on May 16. "Lekar aa raha hoon Tubelight ka pehla Gaana on 16th May! Ab bajega #TheRadioSong @TubelightKiEid @man_On_ledge @sonymusicindia @kabirkhankk," wrote Salman Khan. The two-minute teaser of Salman Khan's much-awaited film was not only praised by his fans and followers but also by Bollywood celebrities like Karan Johar, Athiya Shetty and Dia Mirza.


This is what you call a tease! What a FAB world and a promise of a brilliant film!! @BeingSalmanKhan@kabirkhankkhttps://t.co/V5SjHbOAZO

SKF and @amarbutala congratulations on the teaser!!! https://t.co/V5SjHbOAZO... this Eid!!!!!!

Tubelight marks Salman Khan's third collaboration with Kabir Khan. The duo has previously worked together in films like Ek Tha Tiger (2012) and Bajrangi Bhaijaan (2015).
Tubelight is set in the 1962 Sino-Indian war. The film also stars Sohail Khan and Chinese actress Zhu Zhu in lead roles. Actor Shah Rukh Khan will be seen making a cameo appearance in the film. Tubelight is scheduled to release in theatres on June 23, two days ahead of Eid.
Salman Khan was last seen in 2016 movie Sultan opposite Anushka Sharma. The Dabangg actor is currently busy shooting for Tiger Zinda Hai along with Katrina Kaif. The film, directed by Ali Abbas Zafar, is a sequel of 2012 film Ek Tha Tiger. Salman Khan will be seen reprising the role of Tiger, a RAW agent in the film. Tiger Zinda Hai is scheduled to release later this year.