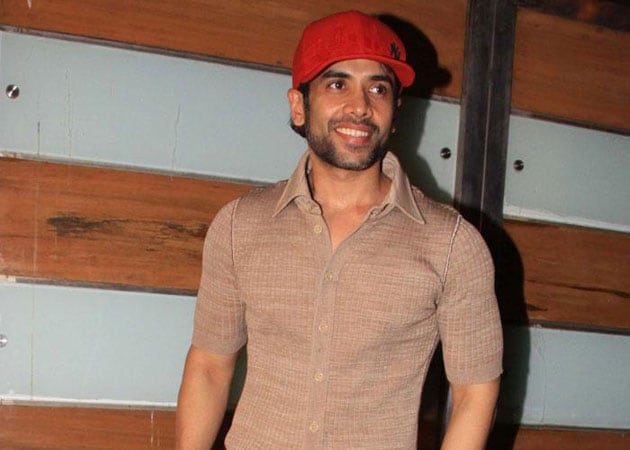 Multi-starrers have been more lucky for Tusshar Kapoor than his solo releases and the actor says he is comfortable sharing the screen space with others as long as his role is good.

Multi-starrers have been more lucky for Tusshar Kapoor than his solo releases and the actor says he is comfortable sharing the screen space with others as long as his role is good.
Tusshar's most recent release Shootout at Wadala had John Abraham in the lead with actors like Anil Kapoor and Manoj Bajpayee playing key roles.
"I believe if I put my soul in the character it will have more impact. And I don't believe if other actors are there my role will go unnoticed. I believe we are all actors and we all have our share in the pie and I am not insecure about it," Tusshar told PTI interview.
The actor began his Bollywood journey with actress Kareena Kapoor in Satish Kaushik's love-story Mujhe Kuch Kehna Hai back in 2001.
Since then, he has been a part of successful multi-starrers like Golmaal, Shootout at Lokhandwala, The Dirty Picture and Kya Kool Hain Hum.
"I think if people typecast me with one genre then I surprise them with different roles for instance if there was a Golmaal and Kyaa Kool Hai Hum then I have also done Khakhee and Shor in the city and there was also The Dirty Picture.
"I think audience have accepted me in diverse roles. Even if I get typecast I would have no issues with it as long I am building a fan base and it also means I am good at doing action and comedy that are both poles apart," Tusshar said.
The girl said she had told her mother about it and after consulting some relatives, they lodged a complaint against the man on June 8, 2011.
The man, however, said he was falsely implicated in the case by his wife as she wanted to grab his property. He also said that his wife and daughter indulged in immoral activities and when he stopped them, they lodged a false case against him.
The court, however, rejected his contentions saying it was not convincing that the girl levelled false allegations against her father when he stopped her from indulging in alleged immoral activities.
"The evidence on record has established that relationship between the father and mother of the girl were strained, there had been dispute between them over the house property and that accused had made various complaints against them. The complaints placed and proved on record could only establish the dispute over the house property only between the parents of the prosecutrix.
"However, it could not be established that either the girl or her mother had been indulging in immoral activities," the judge said, adding, "I find testimony of the girl wholly reliable, consistent and trustworthy."