Tusshar Kapoor Opens up About Decision to Have Baby Through Surrogacy

"Everybody in the country has been very accepting. That was a bit surprise for me because I thought there would be diverse views, some kind of 'oohs and ahas' about it, all kinds of opinion. But nothing of that sort happened," said Tusshar Kapoor 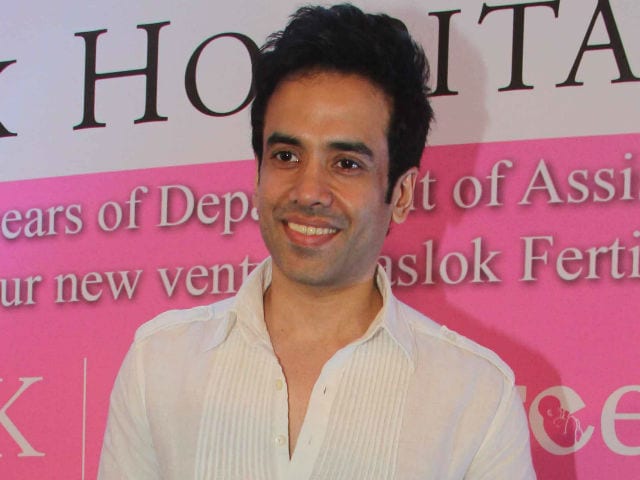 Bollywood actor Tusshar Kapoor says his parents were a bit apprehensive about announcing that he had a child through IVF and surrogacy as they did not know how it would be perceived. The 39-year-old actor became a single father to a baby boy, who was born through In Vitro Fertilization (IVF) and surrogacy, in June this year.The Mastizaade actor named the boy Laksshya.
"Initially my parents were a little bit apprehensive whether I should announce the child to be one born through IVF and surrogacy or not. Because they were like, 'You don't know how it is going to be taken in India, why even announce it, why don't you just tell friends, then the friends will tell more friends'," Tusshar told reporters.
The actor, son of noted star Jitendra and Shobha Kapoor, was speaking at a special event to spread awareness about In Vitro Fertilisation (IVF) and surrogacy. Tusshar said he was happy the way people accepted that he got a child through IVF and surrogacy without sparking several debates on the issue.

"Everybody in the country has been very accepting. That was a bit surprise for me because I thought there would be diverse views, some kind of 'oohs and ahas' about it, all kinds of opinion. But nothing of that sort happened. Especially the media has been so supportive of Laksshya and my choice of having a family in this manner," he said.
When asked if he has any plans to get married, the Kyaa Kool Hain Hum star said his immediate dream was to have a child and not get married. "I never plan anything in my life. I do believe in the institution of marriage but in today's day and age, I don't think it is a big deal. If it is in my destiny, I will get married but I wanted to be a father first," he said.
"I am turning 40, the clock is ticking. I didn't want to delay it anymore. This was my dream which was fulfilled and I don't want to think about anything now," he added.
(Except for the headline, this story has not been edited by NDTV staff and is published from a syndicated feed.)